FICO quarterly income and revenue up 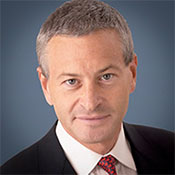 FICO, an analytics and decision management software provider, has reported a rise in revenue and income for its third fiscal quarter.

Revenue also did well. The company reported revenues of $238.8 million for the quarter as compared to $209.4 million reported in the prior year period.

Will Lansing, chief executive officer at FICO, says: “The strategic initiatives we’ve been pursuing are continuing to bear fruit, and we’re leveraging that into accelerated cash flow and earnings.”

In terms of its three operating segments, applications revenues and scores revenue had healthy revenue rises of 11% and 10% respectively. Tools revenues, which include Blaze Advisor, Xpress Optimization and related professional services, were $36.1 million in the third quarter compared to $26.5 million in the prior year quarter, an increase of 36%.

Looking to the future, FICO is “updating its previously provided guidance for fiscal 2016”. The outlook for revenue remains the same – $860 million to $870 million.

There were some notable deals for FICO this year.