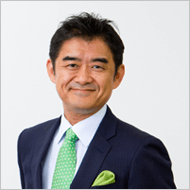 Japan-based software development firm Infoteria says it has “successfully” used blockchain for microfinance transactions in Myanmar – the “first time in the world”.

The test was carried out on the computer system of Yangon-based BC Finance, Myanmar’s largest microfinance company. Infoteria says the data in question comprises spreadsheet software rather than specialty systems; and transactions are smaller in scale. All this means a better environment for introducing blockchain.

Yoichiro Hirano, president and CEO of Infoteria, says blockchain can be built “at a cost less than one-tenth” of that required to create a conventional database. The company plans to put blockchain into commercial use within a year or two.

Hirano says: “Even if blockchain experiments can be successfully demonstrated [in Japan], more than five years would be needed to introduce the technology in place of the existing systems.”

Looking to the future, Hirano says due to the “successful” demonstration experiment, Infoteria can “confirm that cloud-computing environments are workable in Myanmar”.

However, Myanmar’s internet infrastructure is not wholly reliable according to Hirano. This is due to “blackouts” and the “low quality of local circuits”.

Therefore, a data centre in Japan was used for the test. Infoteria is also considering using data centres in India and Singapore for the system.

The company plans to run tests on data records until August, before launching joint projects with other firms to develop programs such as a microfinance management system.

Hirano says if blockchain proves commercially applicable in Myanmar, Infoteria will expand the initiative to other emerging-market nations.