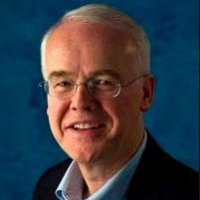 IBM plans to establish the “first” IBM Center for Blockchain Innovation in Singapore.

The firm says this is the first collaboration of its kind with the Singapore Economic Development Board (EDB) and the Monetary Authority of Singapore (MAS).

IBM researchers will work with government, industries and academia to develop applications and solutions which are based on enterprise blockchain, cyber security, and cognitive computing technologies. The centre will also engage with SMEs to create new applications and “grow new markets” in finance and trade.

These projects, which IBM says could also involve global banks and emerging fintech firms, are “aligned with the vision” of MAS, Singapore’s central bank, to further develop Singapore as a “smart” financial centre.

IBM adds that over the next three years, the centre is “expected to deliver a number of technology pilots” across the finance and trade industries. These projects will build on IBM’s work with the Linux Foundation Hyperledger platform. The Innovation Center will be staffed with people from Singapore as well as researchers from IBM Research Labs worldwide.

IBM’s recent interest in blockchain has not gone unnoticed.

It opened a new Bluemix Garage in New York, to offer the city’s developers, entrepreneurs, and fintech firms the use of blockchain on the cloud.

It also launched a new framework for “securely” operating blockchain networks, as well as new services on the IBM Cloud that are designed to meet existing regulatory and security requirements.