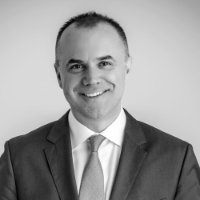 Just a couple of months following the appointment of the new CIO at Harrods Bank, its chief executive – Peter Ball – leaves.

Ball has moved to specialist lender Together, to head its retail division.

Ball joined Harrods Bank from Virgin Money in January 2014 to “lead the rejuvenation and transformation” of the 120-year old bank.

By then, the bank had already been looking to replace its outdated core system – Misys’ Bankmaster – for a number of years. The protracted selection process finally concluded in 2015, with the bank opting for FIS’s Profile core platform.

This was swiftly followed by a management shake-up at the bank, including the departure of the senior execs responsible for selecting FIS’s Profile.

Incidentally, there were also management changes at FIS in the UK, with a number of key execs leaving the vendor.

With no tangible results delivered, the Profile roll-out was put on hold at Harrods Bank, Banking Technology understands, and the project is believed to be still in limbo.