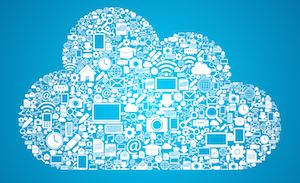 Singapore-based DBS Bank has signed an agreement with Amazon Web Services (AWS) to use its cloud technology. The bank envisages shifting up to 50% of its computer workload to cloud within a two-year period.

With this deal, DBS will create a hybrid cloud environment “optimised” for rapid changes of capacity and functionality, which is “complementary” to its “traditional” use of data centres.

One of the first use cases for AWS is in DBS’s treasury and markets business. The bank will use AWS for the purpose of pricing and valuing financial instruments for risk management as this requires “extensive” computing power.

David Gledhill, DBS head of technology and operations, says: “In today’s fast-changing world, companies such as Amazon, Facebook, Google and Netflix are widely acknowledged as leaders in innovation. What sets them apart is their ability to constantly experiment, automatically scale and rapidly bring new features to market. They are able to do this in part by leveraging the flexibility provided by cloud technology.”

This latest development follows on from DBS’s recent announcement that it has become the first Singapore bank to adopt cloud-based productivity technology, Office 365, in the workplace.

Over the last five years, DBS says it has made “significant investments” in strategic technology initiatives. This includes a “comprehensive re-architecture” of its technology and culture to become “more ‘fintech-like’ in nature”.

What’s up, AWS
Corezoid, a US-based provider of a Platform-as-a-Service (PaaS) solution to banks, has announced that its product can now be delivered on the AWS cloud. The first taker is PrivatBank in Ukraine.

In the UK, OakNorth has become the country’s first cloud-based bank by using AWS.

Avox Data Services, a provider of legal entity reference data and a subsidiary of the Depository Trust & Clearing Corporation (DTCC), has recently migrated its data servers to AWS.

And finally, a technical outage of the AWS cloud last month left many customers of Australian banks unable to use cards, ATMs and Eftpos terminals.