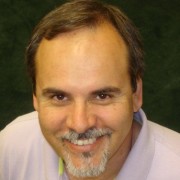 Kai Ravnborg, KMR: ” I was absolutely blown away by the Nymbus demo!”

KMR was founded in 2007 and focuses on the US credit union space. Its flagship suite, AgilityFOUR, consists of two products: AgilityWeb (a remote banking solution) and AgilityOrg (credit union management and compliance software).

Kai Ravnborg, founder and CEO of KMR and founder of CU Solutions, a core processing company that was sold to Jack Henry back in 2002, joins the Nymbus leadership team.

CUNymbus merges the vendor’s existing channels, features and pre-integrated services into a single stacked core, and includes a suite of collaborative tools that allow credit unions to seamlessly share expertise.

The vendor emphasises the collaborative nature of the organisation, saying that the credit union members of CUNymbus can invest in the platform, hold board seats and have a voice in the strategic direction of the platform.

“When Eric Isham [Nymbus’ chief of business development] called me to introduce Nymbus, and I viewed the demo, I knew I had seen the future of core processing. I was absolutely blown away!” says Ravnborg.

“This is such an exciting time to be involved in technology and financial services, and teaming up with Nymbus was a no-brainer,” he adds.