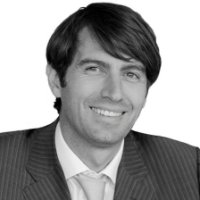 During the two-day MoneyConf event in Madrid, there was an exclusive Banking Technology interview with Matteo Cassina, member of the global executive committee at Saxo Bank. Deputy editor Antony Peyton spoke to him about his opinions on the show and the industry.

In terms of MoneyConf 2016, Cassina says: “I do believe there are a lot of fluff and buzzwords floating around. For some of this I don’t understand what they’re trying to do and they’re not really changing the world. But eventually some of it will work.”

While he recognises start-ups bring something to the table, Cassina is keen to stress the major players bring more.

“All my career I’ve worked for big banks, but it’s not that they don’t understand what’s going to happen. They have siloes for a reason, due to the size of their business or legacy systems.

“Big banks have multiple clients with multi-million dollar business. Sometimes these start-ups are arrogant. They have four people in a room doing a website and they think this is amazing. But they don’t have 20 million customers.”

But he does mention some of these “wonder kids” are impressive; and some of them “will eventually get it right”.

The current trend at these fintech shows is for start-ups to say the big banks will soon be history. Cassina, naturally, thinks otherwise.

“The first wave began in the late 1990s or early 2000s. In the online brokerage industry it was seen as a revolution. We were scared that banks would disappear and online brokers would take over branches. But if we fast forward to the present, that hasn’t happened yet.”

The conversation moves onto user experience (UX) in banking. Some start-ups have demonstrated with their websites and UX a flair for good design and ease of use.

Cassina says: “Banks don’t know UX due to very fragmented infrastructures. If you look at the websites of commercial banks in the UK, a person struggles to make a payment and the site doesn’t do much more. That to me is not UX.”

Elsewhere, he believes the “backbone of this industry is moving closer to manufacturing”. Cassina says what happened in the car industry is an example of this – with specialist companies focusing on tyres, wipers, batteries etc. In his view, “those are here to stay”.

The same scenario will happen in banking and there is room for big and small to work. For example, Cassina says banks can offer settlement or peer-to-peer services to organisations.

In terms of the latter, he says: “If it costs one cent, why do I need to find an alternative when the problem has been solved already. The backbone is there.”

For Saxo Bank itself, Cassina says: “Kim Fournais [CEO and co-founder] is obsessed by using cloud, multi currencies and multi languages. We now have 27 offices in 26 countries. We do not have one IT person in any of those offices. None. We operate four banking licences remotely on systems provided by the cloud.”

Moving on to the present state of affairs, he believes the “tipping point is now” as banks need to allow people to pay with mobile and start using robo-advisors. In his view, some of the major global banks need to adapt quickly.

Finally, Cassina is “very excited” about where the fintech industry is. He notes: “Where there is pressure, margins and fixed costs, there is also a great time of opportunity. Economies of scale will take advantage.”

And what about the future?

“The future is known. We will be dominated by technology. If you look at mobile payments, whether it is Samsung, Apple of Google, it is known that mobile payments will exists. It just depends on who will do it well.”