Digital currency & payments: heads together on the blockchain 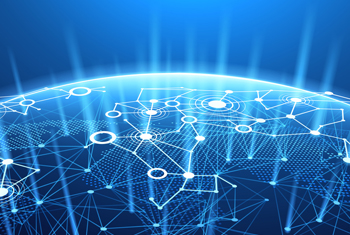 Tony Richards, Reserve Bank of Australia: It seems improbable that currencies like Bitcoin could ever displace national currencies

Distributed ledger, blockchain (some argue the two are not the same), bitcoin and all the variants are big news. They are increasingly big news in payments despite a lack of clarity about just how and to what the technology can be applied. Clarity is being sought, however.

For example, Swift recently issued a “position paper” on distributed ledger technologies, written in collaboration with consultancy Accenture. It identifies eight “critical factors” that need to be addressed for financial industry-wide adoption of the technologies:

The list is unsurprising given it comes from Swift. These are mainly characteristics of Swift’s various offerings and expertise. There are many who believe, however, that distributed ledger will herald a rethink of the banking industry. Financial services organisations have been scrambling for the past few years to work out if they have a future in a digital world.

In a recent address for the Institute of International Finance’s blockchain meeting, US Federal Reserve governor Lael Brainard said current developments in the digitisation of finance were important and deserving of “serious and sustained engagement” on the part of policymakers and regulators. This is happening in the US, via a Federal Reserve Board multi-disciplinary working group that is analysing financial technology.

The UK Government commissioned its chief scientific adviser Mark Walport to investigate distributed ledger technology and a report was published in December 2015.

Russia’s central bank has set up a working group, as has the Bank for International Settlements.

Australia’s regulators are also pondering a digital, distributed ledger future for payments. Tony Richards, head of the payments policy department of the Reserve Bank of Australia (RBA), told a payments innovation conference in Sydney in February that while the bank “has not reached a stage where it is actively considering this” in a more distant future there may be a digital version of the Australian dollar.

“As RBA has noted in the past, it seems improbable that privately-established virtual currencies like Bitcoin, with its significant price volatility, could ever displace well-established, low-inflation national currencies in terms of usage within individual economies,” he said. “Bitcoin has, however, served to stimulate interest in the potential offered by distributed ledgers, extending to the possibility of central bank issued digital currencies.

This is an excerpt. The full article is available in the June 2016 edition of Banking Technology. Click here to view the magazine online.