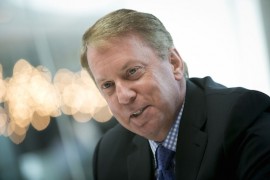 The temporary approval was granted last autumn, but it is only now that ESMA has added CME to its list of recognised CCPs for Europe on a permanent basis.

The European Markets Infrastructure Regulation (EMIR) requires third-country CCPs to be recognised by ESMA to be able to operate in the EU.

Terry Duffy, executive chairman and president of CME Group, says he is “very pleased”, adding that “central clearing is a critical component of the G-20 commitments, which increases transparency, reduces systemic risk and strengthens the financial system”.

ESMA’s recognition for CME’s clearing house “will ensure that US markets are not put at a disadvantage in our highly competitive global marketplace”, he goes on to say.

“These are absolutely the right outcomes from a long process.”