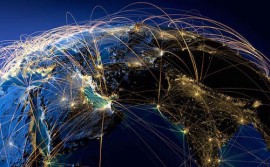 Bank transfer in seconds – from Canada to Germany via Ripple tech

Canada’s ATB Financial sent €666.67 to ReiseBank in Germany using Ripple technology, with the transaction completing in eight seconds. The participants say this is the world’s first bank transfer using blockchain.

SAP, which provides ATB with its core banking software, and Accenture (SAP’s partner and system integrator at ATB) were also involved in the project.

“Without blockchain, that transaction would have taken two to six business days [through the existing Swift system].

“Blockchain is transforming the way we store and move value. While there’s still a great deal to learn, the transaction we performed proves we can significantly reduce the time it takes to move money across borders,” he says.

“This could revolutionise banking for our customers.”

Ripple says this is one of a number of pilot projects completed by financial institutions around the world – bringing the vendor a step closer to commercial production of its cross-border payments platform.