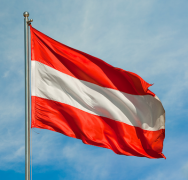 Private banking software vendor Avaloq is to gain two sites in Austria for its flagship core banking system, Avaloq Banking Suite. These are at the Austrian operations of LGT and Liechtensteinische Landesbank (LLB).

Both banking groups originate from Liechtenstein and both are long-standing users of Avaloq Banking Suite at home and Switzerland. LGT also runs the Avaloq platform for its business in Hong Kong and Singapore.

LGT and LLB joined forces to introduce the system to their Austrian businesses, LGT Bank Österreich and LLB Österreich, which currently use different software.

Austria is a new market for Avaloq. The vendor’s CEO, Francisco Fernandez, says that in the next few years, Avaloq Banking Suite will be adapted to the Austrian tax system and the local regulations for financial reporting.

LGT anticipates that from 2019 onward, all of the international private banking and asset management group’s locations will be on the same system.

André Lagger, CEO of LGT Financial Services, says: “The integration of Austria into our group-wide core banking system will make it possible to take advantage of synergies and further simplify internal processes.”

Mobile and online banking solutions will be harmonised across the group too, he adds. “LGT is working on a comprehensive programme to renew the existing online banking system as part of the LGT SmartBanking innovation project.”

LLB also expects the Avaloq system to be up and running in its Austrian subsidiary by 2019. The project comes as part of the group-wide StepUp2020 strategy, LLB explains, “the goal of which is sustainable, profitable growth”.

Austria will also serve as the bank’s gateway to “other strategic markets in Central and Eastern Europe”, LLB says.

In addition, the group is modernising its channels software – with a new digital banking platform in the works (and to be rolled out group-wide).

He adds that the change will improve the efficiency of the internal processes across LLB. In future, the shared service centres in Liechtenstein will service all settlement processes at LLB Österreich.