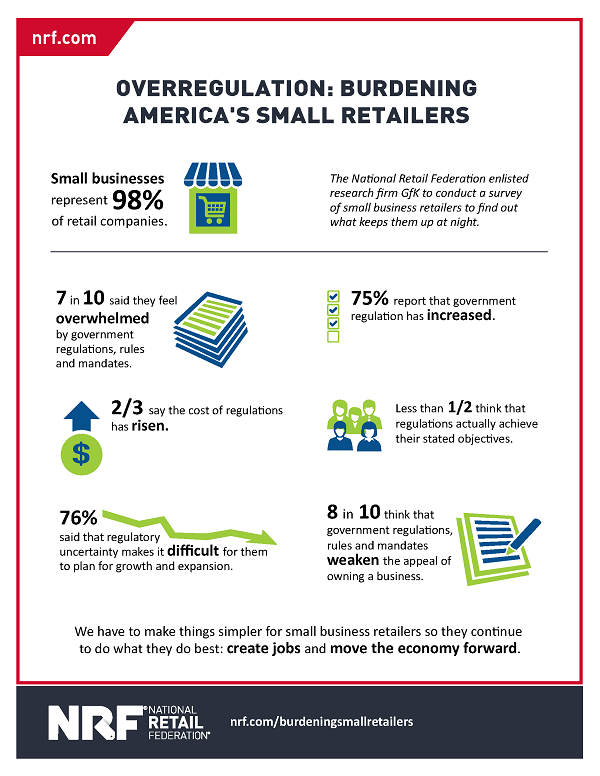 Small businesses in the U.S. say they’re drowning in government regulation, with 69 percent of them saying they feel “overwhelmed” by regulations, rules and mandates, according to a new survey from the National Retail Federation. The findings are based on surveys of 652 small business owners conducted between December 2015 and January 2016.

“Overregulation is undermining the resolve of small retailers,” said NRF President and CEO Matthew Shay. “To fulfill their role in driving the American economy, small businesses need the freedom to make the decisions that make sense for them instead of being burdened by one-size-fits all mandates.”

The report from the trade group also lists the most common sources of information for small business owners: letters from state, local or federal governments (42 percent); other business owners (39 percent); newspapers (32 percent) and lawyers (25 percent). No matter the source, 66 percent of survey respondents said regulations are “not easy to understand.”