Ipreo and Misys team up for syndicated loan solutions 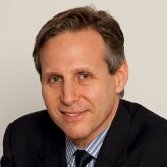 Ipreo, a fintech firm headquartered in New York, and Misys have signed an agreement to integrate Debtdomain and Misys FusionBanking LoanIQ for syndicated loan arrangers and agents.

Mutual clients of Debtdomain and FusionBanking LoanIQ have previously integrated the products, but this deal will be the “first” that is jointly developed and supported by both Ipreo and Misys.

David Levy, MD in the global markets group at Ipreo, says: “We know from speaking to our clients that this partnership is welcomed by the market.”

Ken Katz, director of product strategy at Misys, says: “Lenders today find themselves up against information silos and increasing costs. In response we are seeing a drive to simplify, optimise and automate lending lines of business quickly and strategically.”

He adds that it “makes sense” for Misys to “collaborate with” Ipreo.

Through this integration, lender permissions are automatically updated on Debtdomain deal sites based on holdings changes in FusionBanking LoanIQ, thereby “eliminating redundant manual work, reducing errors and improving compliance in the handling of sensitive non-public information”.

In addition, the integration will feed the holdings of each lender of record to Debtdomain in order to assist online amendment voting.

The partnership will also include other integration points between the systems, including the automated setup of new deals in FusionBanking LoanIQ based on syndication results from Debtdomain.

From the cloud to Vietnam

This year has seen a number of varied deals for Misys.

It launched Misys FinCloud, a range of cloud solutions and “global cloud environment” for its clients.

A long-standing user of a host of Misys’ products, The United Bank of Egypt committed to a software upgrade. The project is penned for completion later this year.