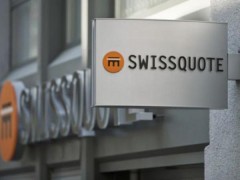 RiskGuardian includes the NGScreener enterprise software platform along with predefined controls for specific regulations, such as the FINMA 2008/21 Appendix III regulation related to client confidentiality.

Like with many of NetGuardians’ clients, Swissquote is a Tememos’ T24 core banking system user. Swissquote was actually the first taker of the Java version of T24. The deal with Temenos was signed in 2010 to Viveo’s NewBanking core platform in the back office.

Swissquote is an online bank with a focus on trading.

“We were won over by the NetGuardians solution on a number of levels,” says Marc Furrer, the bank’s head of IT and security. “The NetGuardians team took a consultative approach and was able to fully understand our needs.

“Their solution is designed specifically for rapid integration into our T24 system, so it was ready-to-go and easy to implement. On a daily basis, it offers a solid control with very straightforward management that gives us peace of mind.”

Deals the world over

As mentioned earlier, many of NetGuardians’ customers have T24 but, in its domestic market, it also has customers within the user bases of Finnova, Sungard/FIS’s Ambit Private Banking and Avaloq.

NetGuardians’ clients further afield include HFC Bank in Ghana, SwaziBank in Swaziland (both banks use the software for behaviour analysis) and National Bank of Kuwait (NBK) in Egypt. The latter uses NetGuardians’ anti-fraud system, FraudGuardian.