Here’s a round-up of yesterday’s (5 April) panel discussions at Money 20/20 in Copenhagen.

In “Knowing me, knowing you: Streamlining KYC, ID and customer onboarding” the issues of identity and how service providers are using new technologies for verification were examined.

A question to the audience as to whether ID-based payments are dead received a resounding “no”. We still want them and need them.

The fintech “explosion” also questioned whether these new start-ups need to “brought into the fold”. As the panel consisted of all the “traditional” players, their response was predictable.

However, they did make a good point that getting the balance between security and privacy is an ongoing and tricky subject.

The US was described as “going over the edge” in terms of trying to get security information from “everywhere”. Europe doesn’t seem to have copied that just yet.

The panel did warn that KYC and ID are not just about “chasing terrorists”. Data breaches can come from many sources and it is important to remember that.

For our British readers they’ll be pleased to hear that the UK got praise for being a leader in the KYC and ID field.

London’s status as a fintech hub is well known of course, but even though we’re in Copenhagen for the show, it still got some attention and love.

Commerce disruption and payments came under the spotlight in “’The future is already here, it’s just not very evenly distributed’: Innovation models in retail.”

The main chat was on retail – more on payments would have better for the audience.

However, a question to the attendees asked “do you want frictionless payments”? About 35% say yes which backed up what the panel had been saying. Namely, there will “always be a need for a level of friction”.

If you need a definition of frictionless payments, a nice analogy was “shop like you stole it”. But for now, consumers are not comfortable with that.

The panel said “minor friction can have its benefits as customers can choose the level of payments”. Being in control never loses its appeal. 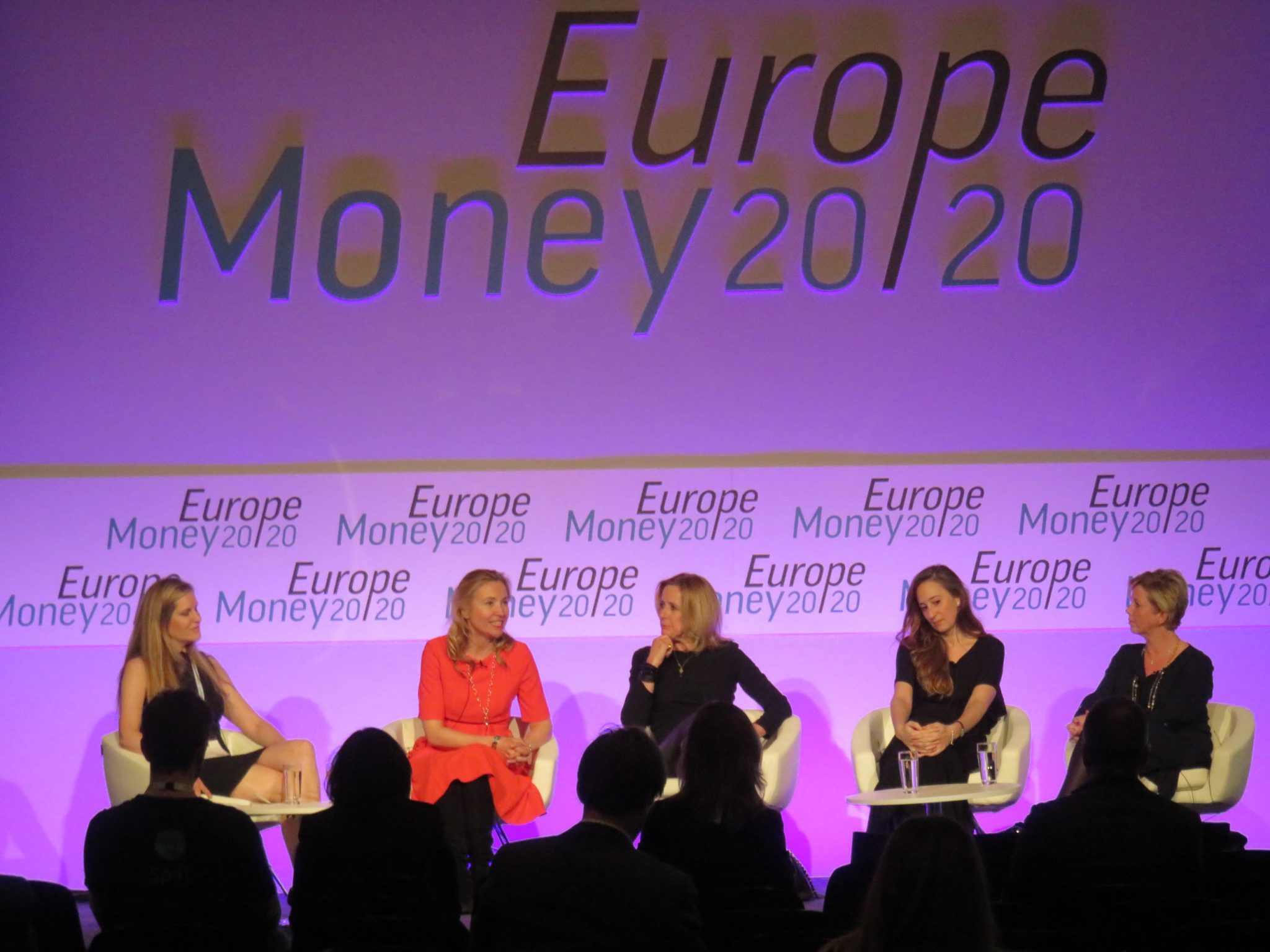 Last and certainly not least was a panel discussion on “Disrupting FinTech with FemTech Leaders”.

The focus was on diversity in the workplace. While they didn’t discuss technology issues as such, the matter is still of great importance to the fintech industry.

The panel said there may be a need for due diligence to ensure better representation of females in the workforce. “No women, no deal” is the message.

Mandatory quotas and a formal structure to help women get into this industry is also a possibility. Although the panel felt that encouragement is the best way forward, as opposed to force.

The panel did stress that diversity is not just about gender, but also age and race.

Other solutions could be providing supportive environments, so women with families are given flexibility.

If all this sounds too “fluffy” – the panel say the evidence shows different cultures and genders in the workplace have produced better business results. There is proof in the numbers.

Role models in the workplace could be a way forward. The audience said it could be a “strong female as an example or a man who looks beyond gender”.

There were many good quotes from the discussion, which have been left out for brevity. So let’s just end with one piece of advice from the panel.

“You need to beef up from the inside out. Take a [fintech] topic, build a vision and content round it. Have the facts ready and be able to articulate it. Do that and you will be heard.

“And if you’re not heard, take it to the next company.”