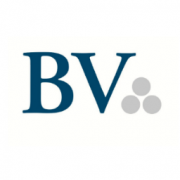 The company is regaining is former name – Alogent.

Alogent’s back office software focuses on electronically capturing, processing and analysing cheque data and images, including those captured on mobile devices.

Its customers range from small community banks and start-ups to top tier banks, and it is the latter segment that will be the company’s key focus with the arrival of Battery Ventures.

“We are very excited about the growth opportunities of spinning out Alogent into a standalone company, including exploring potential add-on acquisitions,” says Fleischer.

Jack Henry acquired Goldleaf in 2009 for $17 million and assumed Glodleaf’s debt of $42 million.

Until now, the Alogent product line has been residing in the portfolio of ProfitStars, a division of Jack Henry.

Once the acquisition by Battery Ventures is completed, Alogent will operate as a standalone company.