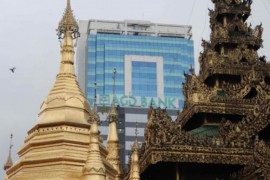 This is Infosys’ first core banking system client in Myanmar.

The system will support all main operations of the bank, front-to-back office, including online and mobile banking.

Finacle will oust a legacy system running at the bank since its inception in August 2010. The distributed nature of the system made it impossible to review clients’ holdings in a consolidated manner, according to Infosys. “The new implementation will provide the bank a 360-degree view of customer relationships and transactions,” states the vendor.

Infosys has recently published its yearly financial results: profits and revenue on the rise.