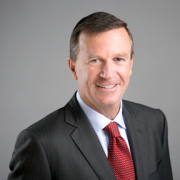 The vendor claims to have “won a majority of payment hub RFPs” as well as “surpassed the Fundtech [now GTBS] backlog record” in generating revenue from the existing projects.

Gerrard Schmid, CEO of D+H, stated at the recent conference call: “GTBS results for the full year and the quarter were fuelled by strength in global payment hub demand, where we saw annual adjusted revenue growth in our global payments technologies of 16% on a pro forma constant currency basis.”

Schmid added that the US brought “double digit growth” as the banks here are gearing up for the introduction of the real-time payments system for the US market. This major initiative is currently underway, spearheaded by The Clearing House, FIS and VocaLink. The new system will conform to Swift’s ISO 20022 standards for real-time payments and will be largely based on the Faster Payments solution built by VocaLink for the UK market a number of years ago.

As an example, Schmid cited a new contract for its flagship Global PayPlus (GPP) payments platform with “a top ten US bank” signed in Q2 last year. This bank wants to “ensure a competitive position when Faster Payments becomes part of the US landscape”.

Furthermore, D+H is now “in discussions with this bank and others to explore the possibilities that the blockchain technology we’ve built into our payment hub could bring to a bank”.

Schmid remained tight-lipped about the identity of the bank, but it is known that the GPP users include the US heavyweights Citi and Bank of America Merrill Lynch (BAML).

In the UK, meanwhile, D+H has expanded the relationship with its existing client, “one of the world’s largest banks”. This is understood to be Barclays. The bank already uses the GPP payment “to process approximately 25% of all Faster Payments processed in the UK, over one million transactions per day”, according to Schmid.

In 2014, Barclays signed a contract for Fundtech’s remote deposit capture solution – the first UK bank to do so. It will be implemented this year. In 2015, Barcalys’ African division (which is now up for sale) signed a contract for the vendor’s cash management system, CashPlus, to support the cross-border corporate business.

Elsewhere, GTBS and its GPP hub wooed one of the largest retail banks in Mexico. “A third of all payroll payments in Mexico flow through this bank, and these transactions will be processed by our technology,” stated Schmid. No name was forthcoming, but Banking Technology understands that it is Banamex, the country’s second largest bank and a subsidiary of Citi (already a customer of GTBS).

This bank chose GPP for its retail payments following a proof-of-concept. “In the demonstration, our payment hub processed several million transactions per hour, well exceeding the speed of the client’s business requirements,” Schmid claimed.

GTBS is formerly Fundtech, purchased by D+H in spring 2015 for $1.25 billion in cash. The deal was successfully completed by autumn and the Fundtech brand was replaced with GTBS. The business continues to be led by Edward Ho, who joined the payments vendor in 2013 as president and COO.

GTBS/Fundtech competes for large-scale payment projects around the world with its flagship GPP platform. Its users include Swedbank, HSBC, Bank of China, and the aforementioned Citi and Barclays.

The vendor also has a cash management system, CashPlus, used by the likes of Ecobank, Standard Bank, Intesa Sanpaolo and ANZ.