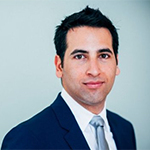 London-based start-up Curve has launched a physical payment card that can combine an unlimited number of bank cards into one place, and has Apple Pay in its sights.

The Curve card is built on the MasterCard network, but with a nod to the non-physical it is supported by a mobile app.

Shachar Bialick, CEO and co-founder of Curve, says: “With Curve you have one card and see every single transaction in one screen. We’re not another new bank or extra service to deal with.”

He adds that mobile payments have the “potential to bring similar benefits, but cards work everywhere and people are used to them”.

The start-up is keen to offer itself as an alternative to Apple Pay, as it says its card is “widely accepted” and without the £30 transaction limit.

Curve says other services on offer include access to foreign currency rates with “no fees” and the ability to use Amex “at places it isn’t accepted”.

The card “works the same way as every other card”, supporting the “latest” Chip and PIN magstripe and contactless technology.

It works as a prepaid MasterCard, and Curve says it has bank-level protection and all the security features of traditional cards. It is ordered through the company’s website or via the Curve app.