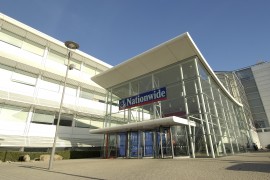 Nationwide Building Society has chosen Tech Mahindra, an Indian IT services company, to provide network and infrastructure services in a five-year partnership agreement.

The building society’s ambition is to connect its UK retail operations, comprising around 700 branches to more than 15 million customers. It also plans new services in its branches, such as Nationwide NOW videoconferencing, as well as “improving” back-end services for staff.

Tech Mahindra will provide the resources to support Nationwide’s network upgrade and digital banking strategy, and will work in partnership with Nationwide’s telecommunications providers, services vendors and alliances to deliver these services.

Debra Bailey, CIO of Nationwide Building Society, says the building society’s team “has been impressed by the expertise Tech Mahindra has demonstrated during the commercial process”. She adds that she is “looking forward to seeing the impact they will make as they become a vital part of the Nationwide IT team”.

Tech Mahindra has been muscling in the banking/financial services vertical over the last year, taking on its rivals such as TCS, Infosys and Wipro. The push came with the acquisition of a Switzerland-based banking IT consultant and integrator, Sofgen. Sofgen has a broad international coverage.

Tech Mahindra’s involvement is just one part of Nationwide’s £500-million project to improve its branch network.

In January, Nationwide signed up BT to provide the network infrastructure, as part of a six-year deal between the two firms. The new network, which builds on the existing one provided by BT, will connect its entire UK retail banking operations.

Last year, the building society also announced it was redesigning its branches as well as introducing NCR’s SelfServ 91 ATM across 500 of its 700 branches. The new ATMs have several additional features, including cheque and cash deposit and bill payment as well as the standard cash withdrawal service.