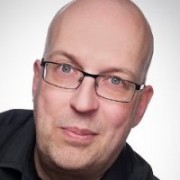 Blockchain gets another boost as IBM has made nearly 44,000 lines of code available to the Linux Foundation’s open source Hyperledger Project to help developers build secure distributed ledgers.

IBM has also made a range of announcements spanning technology and business consulting to “rapidly advance the use of distributed ledger technology across multiple industries”.

These include new blockchain services on the IBM cloud, enabling Internet of Things (IoT) data on blockchain (using its Watson IoT platform), and IBM garages for blockchain app design and implementation.

For example, the latter involves “garages” opening in London, New York, Singapore and Tokyo to enable IBM experts to collaborate with developers on the design and implementation of blockchain for business.

IBM is also working with a number of global partners including London Stock Exchange Group and the Finnish business development organisation, Kouvola Innovation.

Mika Lammi, head of IoT business development at Kouvola Innovation, says: “The IBM blockchain fabric, together with the Watson IoT platform, offers great potential to bring together the physical and digital worlds in a way that has never been done before.”

As a founding member of the Hyperledger Project, IBM’s code was developed through the collaboration of more than 35 global IBM researchers and software developers dedicated to the Linux Foundation project, and more than 100 technical architects focused on making blockchain ready for business.

IBM says its capabilities include: