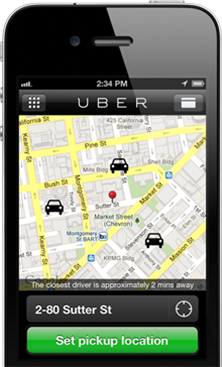 In Uber’s latest move to expand its services to emerging markets, the San Francisco-based company has formed a partnership with Mumbai-based Paybefore Awards winner ItzCash Card Ltd. to reach unbanked consumers in areas outside India’s major cities. ItzCash and Uber are developing a pilot program enabling users to access the ride service through ItzCash’s various prepaid payments products available at its many franchised retail outlets in smaller cities and towns, the companies said.

ItzCash initially will support Uber’s services through its franchised ItzCash World retail outlets in the cities of Chennai, Chandigarh and Nagpur, ItzCash said. Launched in 2006, ItzCash has expanded quickly as a way for unbanked consumers to make online purchases, particularly for tickets and subscriptions. For example, ItzCash accounts for about 20 percent of Indian Railway’s online ticket sales through the company’s 75,000 retail outlets across India. By partnering with Uber, ItzCash aims to bring on-demand mobile services to an estimated 500 million mostly unbanked consumers outside major cities through “assisted digital commerce,” explains Bhavik Vasa, ItzCash’s vice president of business alliances.

Reaching emerging markets is a top priority for Uber, which began accepting cash payments for the first time in May 2015 in Hyderabad, India. The ride service now accepts cash in 22 cities in India and in five other countries, including Kenya, Saudi Arabia, Vietnam, Indonesia and the Philippines.