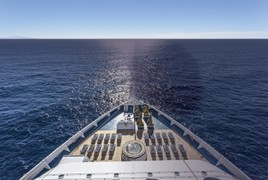 The regulatory drive to move as many products as possible to central clearing is putting greater pressure on central counterparties (CCPs) than ever before and in turn increasing systemic risk in the market. At present, bilaterally cleared products in the over the counter (OTC) market represent a medium risk of default and a medium impact if a bank defaults. Central clearing, however, represents a lower risk of default but a much greater impact if there is a default.

The most recent clearing house failure was the Hong Kong Futures Exchange in 1987. The effects were devastating. The Futures Exchange had to close, followed by the stock market. Reopening the market was no small feat. World markets had fallen further in the meantime, so there was a risk that a modestly ‘recapitalised’ clearing house would go broke again if positions had to be marked down immediately. In the event, the Hong Kong Government and the clearing banks underpinned the clearing house. Lessons have been learned and this has given rise to the status of systemically important financial market utilities (Sifmus).

The white paper provides a unique perspective of an industry-owned utility operating cash market CCPs in critical US markets to the ongoing dialogue among CCPs, regulators and clearing participants concerning CCP risk management.

CCPs and regulators are developing and implementing a standardised stress testing framework to align the assumptions, parameters and governance of stress tests across CCPs. Murray Pozmanter, managing director and general manager of DTCC’s Sifmus, believes this should not be too prescriptive. Rather, the framework should allow some degree of customisation, depending on the particular risks faced by CCPs, the different assets classes they clear and the markets in which they operate.

“We certainly see value in there being a common springboard for stress testing that CCPs will follow and there is some common ground as regards where stress testing works and what scenarios will be tested,” he says. “But it is important to recognise that different CCPs clear different asset classes, operate in different markets and are subject to different regulatory regimes. Therefore using the same stress test for all CCPs might be somewhat too restrictive. There should be the ability, within that common framework, for some customisation of the stress testing scenarios to more accurately reflect the characteristics of a particular market and instruments that the CCP clears.”

DTCC also believes that a revised approach to the default loss waterfall structure will provide greater certainty for clearing members. The default waterfall is an important protection CCPs have against counterparty credit risk. It means they take margin from clearing members and their clients and default fund contributions from clearing members. In the event of a clearing member default, these funds are used as a bulwark against losses. Pozmanter says: “As a recovery tool for CCPs, having a means to recapitalise the CCP in the event of the need to fail-over into a new legal entity is important but we don’t believe that a pre-funded default fund for the new legal entity is practical.”

This is because he believes it is impossible to predict the type of market event that would cause a CCP to fail in the first place and then what the size and make-up of the membership of the CCP would look like. “It is not possible to size, ahead of time, what a new guarantee fund should look like and as such it would not be an efficient use of the industry’s capital and resources to have that pre-funded and locked up,” he says. “We do think having recapitalisation resources for a new CCP to re-establish operations is important but those members who are going to be part of the new CCP should be able to make their guarantee fund contributions at the point when the new CCP re-establishes operations.”

The final issue the paper touches on is the debate around the CCP’s own contribution to the default loss waterfall. Pozmanter believes the contribution should be based on the CCP’s capital, be very transparent and pre-defined and not be increased or fluctuate in times of high market volatility because this could weaken the CCP at exactly the time it needs to be resilient.

But Christian Goerlach, director, institutional cash and securities services, global transaction banking, Deutsche Bank, says while CCPs are mitigating risk, they are also introducing new risks to the market. “Risk is like power; it can be converted but it does not go away. CCPs mitigate counterparty credit risk but it comes back in different forms – systemic risk, liquidity risk and new collateral implications. It could make perfect sense to trade these risks, but as an industry we have to fully understand all implications and be very clear about the new risks types we are introducing – and we have to manage these risks properly.”

Not every bank will participate in all CCPs. Some of the larger banks will access a large number of CCPs. But medium and small banks will find such an approach very expensive and complex and will therefore either partner with a larger bank or opt out of the clearing business. Says Goerlach: “This will change the dynamic of the marketplace. In the past everyone could trade with everyone else but now smaller banks will depend on the products and third-party service offerings of the larger banks. We need to be clear about the implications on the set-up of the market by introducing these third-party relationships and how we manage the risk.”

While CCPs are very secure and the probability of default is very low, Goerlach stresses that it is not zero. There is some residual risk and the impact of a default would be much bigger than the impact of any single market participant default. “We are simply changing the risk profile; we are reducing the risk of default but we are increasing the impact if such a default happens,” he adds.

Furthermore, he says, standardised risks are easier to centrally clear than exotics or where instruments are highly illiquid. It gets more difficult, from a risk management perspective, with complex products. Outsourcing this risk to the CCP could give the market a false sense of security.

Bringing physically-settled OTC FX options from bilateral to central clearing has been a complex task, requiring the FX industry to come up with a wholly new blueprint, which is only happening now, three years after the 2012 deadline for central clearing stipulated by the G20 at the Pittsburgh Summit in 2009.

Eurex Exchange went live in July 2014 with FX futures and options that combine best-practice OTC market conventions with the transparency and minimised risk of exchange-traded and centrally cleared contracts. Eurex Clearing mitigates counterparty risk for each transaction until the final settlement day. As there is no direct CLS settlement membership available for CCPs, Eurex Clearing accesses the CLS system via a CLS third party service provider.

A year-long study has been conducted by the global FX division of the Global Financial Markets Association (GFMA) to understand the scale of transactions in the physically-settled OTC FX options market. The study estimated the same-day liquidity challenge associated with clearing this market. It indicated that the size of the same-day liquidity shortfall could be as high as $161 billion in total, across the 17 currencies settled by CLS. This could be reduced by nearly 75 per cent, to $44 billion, if the industry adopted a net settlement mechanism.

In August, LCH.Clearnet announced its ForexClear will jointly develop a service with CLS to enable physical settlement of cleared FX products in 2016, pending regulatory approval. The new service will enable clearing of the $275 billion a day FX options market, by providing access to compression and netting services. Other physically settled FX products will follow.

LCH.Clearnet will remain the counterparty throughout the life of the trade to the point of settlement. Edward Hughes, chief operating officer, ForexClear, LCH.Clearnet, says this means LCH.Clearnet retains the obligation to step in and manage settlement failure rather than passing this back to the original counterparty. CLS will provide the settlement infrastructure and settlement session with full risk and default management provided by the CCP.