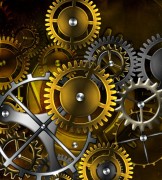 Two-thirds of top-tier financial institutions have established reconciliation centres of excellence following a recent wave of consolidation of the reconciliation function, according to a study by SunGard and Aite Group.

The majority of respondents with established centres of excellence reported cost savings of at least 20%, with 12% of firms with achieving more than 40%.

Compliance and regulatory reporting are the largest factors driving reconciliation according to 40% of respondents. Basel III and MiFID, in particular, are forcing middle- and back-office processes to adapt to an intraday environment. The majority of respondents (68%) said real-time reconciliation support was important.

The speed at which this book of work can be addressed varies, but the average time taken to deliver new production reconciliations is around 64 days. This is inhibiting their ability to successfully reduce the book of work.

“While we’ve seen increased adoption of the centre of excellence model among major financial institutions, there is definitely room for growth and improvement,” said Richard Chapman, head of strategy for SunGard’s reconciliation business. “It’s no longer just about cost cutting; financial institutions with true centres of excellence for reconciliation are at a real strategic advantage.”

“Regulatory reporting is expanding asset coverage, and increasing the frequency of reconciliation. However, internal and system-to-system reconciliation now represents the next frontier for centres of excellence,” said Virginie O’Shea, senior analyst at Aite.

Reconciliation Centers of Excellence: An Assessment of Quality is available for download