Things ain’t what they used to be 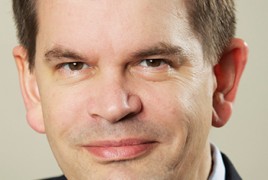 According to Cisco there are 15.5 billion devices connected to the internet, ranging from routers to telemetry devices, power grid controllers, smartphones and perhaps the odd toaster. Other than in retail situations this so-called Internet of Things does not immediately seem to have much to do with the financial services industry.

John Bates thinks otherwise, and sets out why in his recent book Thingalytics.

When at Cambridge University Bates and his colleagues worked on the concept – and patented some of the algorithms – of what we now call complex event processing. At the time they were looking for streaming data on which to test their algorithms and lighted on the capital markets where market data feeds, being both numerically based and rapidly changing, were ideal.

Way back around the turn of the century, they formed a company, Apama, to sell complex event processing systems to the financial services sector. The company was later sold to Progress Software, which sold it on to Software AG in 2013.

“It’s exactly the same problem type, but it’s not just what we did with CEP. It has got bigger and it merges with in-memory technology and the messaging layer, so we are doing continuous analysis and visualising patterns,” says Bates. “Some people think of the Internet of Things as just being about machine-to-machine. I don’t – the Internet of Things is about bringing into the internet the digitisation of the real world and combining it with the existing streams.”

Bates and his colleagues formed Apama because the streaming nature of capital markets made it a suitable environment to apply the techniques they were developing but he says that ‘thingalytics’ takes it further. While CEP was essentially an extension of signal processing, looking for spikes and outliers, there is a lot of noise in the IoT data. “Perhaps mainly noise,” says Bates. “I think a lot of the killer apps will be about capturing opportunities and threats, but because you are in the world of big data and Hadoop you store absolutely everything, whether you know you need it or not – like a hoarder living with hundreds of cats and a copy of every newspaper since 1973. A lot of the opportunities are in the moment stuff, so it’s about looking through all of that data.”

Visualisation software is also a key part of this. “Applications like Tableau are great for looking at patterns in historic data, but what about data that is ever-changing? data where you have to show what is happening at the root cause and diving with Tableau-like technology to understand it?” says Bates. “That’s an interesting area. Software AG recently acquired JackBe, a company that specialises in real-time visualisation and integrated that into our streaming analytics layer.”

The mash-ups from disparate data sources mean that applications such as tracking of rogue traders can be approached in a different way. “We are already using machine learning in that area, so we know that when someone does an unusual trade just before a news article moves the market it might be an insider trade. You are benchmarking what is normal and then spotting that a trader hasn’t traded a particular instrument before or it’s an unusually large trade for that trader and it came before, and so on,” he says. “But then you add in iBeacons and notice that, for instance, a trader had a meeting with an analyst just before this trade … and then you tap into the HR system and see that he is not taking holidays, and video analytics tracking eye movements show that he is stressed. What you are doing is taking this machine-to-machine data, combined with tracking, combined with traditional streams of data, combined with learning algorithms. All those pieces have to come together alongside business process management and integration to create a digital business platform, if you like.”

He cites the example of a Singapore-headquartered bank that was worried about being disintermediated by the likes of PayPal and wanted to retain customers by moving away from staid, boring bank accounts. “What they wanted to do was offer a high level of service – almost a personal concierge that could manage customers’ needs, but they couldn’t afford to do that with humans, so they created a digital concierge working through smartphones and retail partners, so that customers walking through shopping malls were recognised and made offers,” he says. “Effectively tracking the behaviour of customers you are doing category-of-one marketing where everyone is special. You can also tell when they do something unusual, which might be fraud – two transactions on a credit card 100 miles apart could be fraud or it could be normal behaviour like a customer not present transaction.”

Outside of financial services the book covers how this new level of interconnectedness is affecting a range of industries – how Coca-Cola machines have been “given feelings” by incorporating environmental sensors that allow them to call for attention, just like children; and how personal recommendations from Netflix and Amazon are being enhanced (if that’s the right word) with customised advertisements;

The killer application, he thinks, will be eternal life – or at least extended life. “We have DIY health monitoring Fitbits and the like at the moment, and there are now all sorts of sensors that will be telling you ‘John, next Tuesday you are going to die unless you go in and have some routine maintenance on the ticker’ or whatever,” he says. “It’s not just going to be wearables – it’s going to be swallowables and embeddables. You’ll be able to swallow something that will release sensors inside the body that will release insulin when it is needed … combine that with 3D printing of human tissue …”

So is this the stuff of science fiction? “Everything in the book exists,” says Bates. “It’s real, apart from some bits where I dream in Technicolor.”