A movement for change 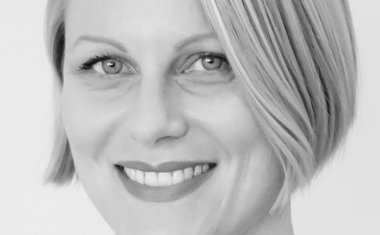 There is an element of gold fever that characterises the fintech sector at the moment, with a plenty of people making plenty of noise and plenty of others crying ‘hype’ and suggesting the emperor has no clothes.

One perspective is that ‘fintech’ is not new – small software houses have long thrived on the fringes of the financial services industry, particularly in capital markets and trading rooms; another is that the banks are cynically using the sector as a cheap development lab. For some on the fintech side, there is also the problem that there is no central forum for participants.

Which is where Innovate Finance comes in, according to its founder and chief executive Claire Cockerton.

“The start-up industry has obviously been going for a long time and start-ups in London have been burgeoning for a while,” she says. “The reason Innovate Finance was established was because there was nobody convening a dialogue across the sector with the necessary stakeholders in the ecosystem – and there are many stakeholders: the big banks, the VCs, investors, policymakers, the regulators, the universities and so many subsectors. There is nobody pulling together the start-ups and the corporates and creating effective mechanisms of communications for the various different viewpoints. That’s why we were formed; we wanted a positive new voice across the industry.”

In particular, many of the entrepreneurs had no voice, she says: “They weren’t members of traditional associations and they didn’t feel that they could communicate with their peers.”

Cockerton, who was one of the co-founders of the Level 39 fintech incubator in Canary Wharf, and her colleagues brought together a range of businesses “in a consultative process to determine what our name and our mission is.”

“We are not a trade body, we are an industry organisation, in our most sterile form, and a ‘movement’ when we are feeling frisky – a tech-led movement to transform financial services,”  she says. “We’re a grass roots movement of entrepreneurs and investors, with 54 members that span crowdfunding companies to infrastructure providers to payments platforms to crypto currencies.”

A big difference between the older software developers and today’s fintech movement is that they have ambitions beyond simply building a better bond yield calculator. “Fintech is powering big social trends – peer-to-peer lending and crowdfunding options are driving the development of other industries too,” says Cockerton. They are funding the start-up of restaurants, manufacturing businesses,  SMEs who have been denied loans and people in under-banked economies who are not deemed as creditworthy. I liken it to the transformation that happened to media where traditional forms were devalued compared to new channels like Twitter or what has happened to the music industry where technology has enabled people to make their own music and trade it differently.”

One of the key goals of the organisation is to level the playing field and to create more competition and opportunities for other players to participate, she says: “We fundamentally believe increased competition means increased quality for consumers, lower price and fairer market dynamics. It’s true that this has emerged of the back of a crisis when we took too many risks: the credit crunch disabled so many small businesses by preventing them from accessing financial services; we realised that what we really need is diversity and more resilience – consumers need choice, enterprises need choice.”

Another change between the small software development companies and the recent fintech movement is that in the 1980s and 1990s there was only one exit strategy, which was to make a large sum of money through acquisition by a large vendor – SunGard to the fore – or a big deal with a large bank that would allow the “entrepreneur” to put their feet up and retire happily.

For a lot of the new entrepreneurs, the motivation is completely different: “When they speak at conferences they say ‘I was a customer, my needs were not being met, the needs of my family were not being met. I wanted to send money back to Lithuania, or wherever, it was costing me a fortune. It was a problem, so I decided to solve it. ’ They are creating customer-driven solutions,” she says.

This new generation has a whole range of potential futures, Cockerton says: “It could be investment from, say, Richard Branson, it could be to stand alone like Funding Circle and there are fintech companies that don’t have an exit strategy – they want to stand up and go straight to consumers with their proposition. There is more confidence in the fintech business about making it on their own: in the accelerator environment the investment trends and the policymakers are creating an environment for these entrepreneurs to find their own feet.”

In this area big traditional players do get interested, she says, and not because it is a cheap source of ideas. “Big banks realise they can’t own everything – their budgets have been squashed and their internal incubators have been less than successful, so they are looking externally – often for the first time – to partnership opportunities and setting up external accelerators,” she says. “One of the ways we measure our success is how many partnerships are formed and how many firms get backed by new investors – for example, HSBC just set up a corporate venture fund, so did Santander. What do these big guys want? They realise that their industry is changing and they realise that they need to look outward to partnerships. It may be that they offer to acquire the business and if that’s that entrepreneur’s exit strategy, then fair enough …”

Policymakers – including the UK government – are keen to encourage innovation and entrepreneurship at the moment, though it is likely that there will come a time when tax revenues or other issues of fiscal control come into play, as international efforts to come to terms with cryptocurrencies demonstrate.

“The Financial Conduct Authority has just conducted an exercise to deepen their expertise in the new technologies through their Project Innovate team, to try to create an effective dialogue with industry,” says Cockerton. “Policymakers in the current administration have been so open to the entrepreneurs, inviting us in to talk about challenges. At the moment we are remapping some of the territory, but some companies don’t have the right to operate: they are being denied access to banking services and basic current accounts and that is one of the challenges for some of the companies that we work with. We need to create a favourable operating environment and the right kind of regulation for each different position.”

Another area where fintech is changing things is the role of women, who are drastically under-represented in senior management roles across the financial services industry, though reasonably well represented in the ranks. A similar picture exists in the fintech world, but not at the same scale.

“I work at the crossroads of financial services, technology and entrepreneurship: being an entrepreneur is hard enough, as is being a start-up, and there is a real lack of women representation, but there are great female founders – I know 18 of them and we get together and talk about the industry: we just don’t shout about in the media,” she says.

“We are running a really good series of different programmes,” says Cockerton. “One I am really excited about is a curriculum we are developing with the Open University, a course on Fintech 101 to encourage computer science students and recent graduates, really drive digital skills and establish a Fintech lexicon for the industry. It will showcase the opportunities and teach people in financial services about the technology trends that are going to affect their jobs in the future.”