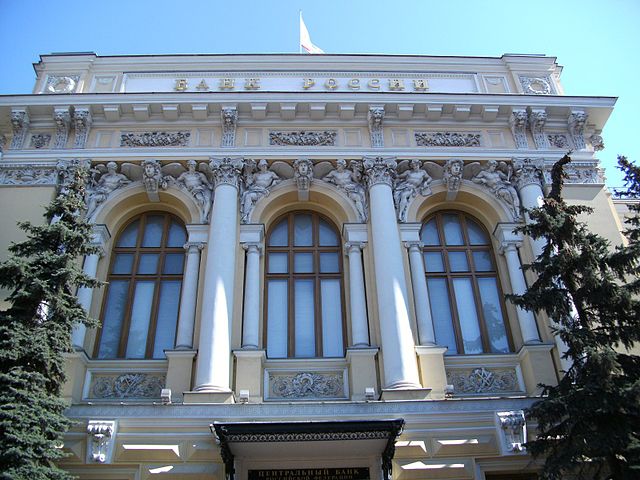 Russia’ Central Bank is taking measures to clean up

Russia’s Central Bank has revoked the licences of three banks as part of an effort to restore trust in the country’s banking system. The move comes as financial messaging network Swift stands defiant against a European Parliament resolution calling for the expulsion of Russia from the community.

As of this morning, licences were taken away from Moscow’s Spetssetroibank and Pervy Depozitny Bank and Severnaya Lkirinovaya Palata, based in Arkhangelsk. The grounds cited by the Central Bank were that the banks had “risky” credit policies and had failed to comply with Bank of Russia regulations concerning acceptable risk behaviour. They had also failed to comply with anti-money laundering rules, it said. The Central Bank has revoked 57 banking licences so far this year.

Elivira Nabiullina, chief executive at the Central Bank of Russia, was appointed in June last year with a mandate to clean up the Russian banking sector and take whatever measures necessary to create a “viable and effective” financial system.

Russia’s government has been working for several years on a major project to turn Moscow into a global financial centre. The plan has already prompted several changes in capital markets infrastructure, including the creation of a unified stock exchange and a central securities depository, but it has been given added ‘push’ by recent political events in the Ukraine, which left investors deeply concerned and triggered capital flight.

Last week, Swift rejected a non-binding resolution from the European Parliament that requested it consider excluding Russia from Swift. In its official response, Swift objected to the interference in its business and suggested that it was being unfairly singled out. It condemned the European Parliament for its “discriminatory” and “unequal” attitude.

“Explicitly mentioning Swift in a European Parliament resolution of this kind on such an international sensitive matter also creates immense damage to our company’s reputation,” said Swift in a statement. “Our mission remains to be a global and neutral service provider to the financial industry. The provision of financial messaging services to Russian entities is not affected by the current measures in force.”