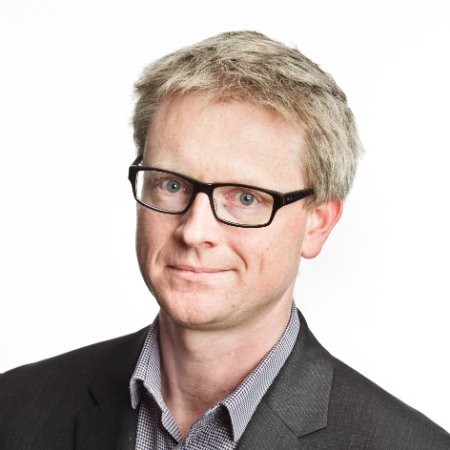 Regulators in the US and Europe are stepping up investigations into dark pool activity, market abuse and manipulation of financial benchmarks following a spate of damaging incidents in recent months. Tougher regulatory oversight could have a significant impact on all three areas, according to a new report by financial services technology provider SunGard.

Dark pools have been in the wars in recent months. The latest dark pool scandal began in June, when Barclays was accused by New York Attorney General Eric Scheiderman of falsifying statements to clients and investors about its dark pool, and secretly allowing predatory high-frequency traders to take advantage of institutional investors. The investigation was later expanded to Goldman Sachs, UBS, Deutsche Bank and others.

Dark pools are normally favoured by long-term institutional investors as a means of protecting their orders from market impact. Trades in dark pools are anonymous, and many long-only businesses prefer to trade in the dark as they see the lit markets as ‘infested’ by predatory HFTs. The revelations about Barclays and others undermine the idea that the dark is a safe haven.

In its summer risk and regulation report written for SunGard by Mondo Visione, SunGard points out that some dark pools, including those run by IEX, ITG, Credit Suisse and Goldman Sachs have recently made their rules public, in a step widely seen as an attempt to prove that dark pools can continue to exist in a world where market transparency is increasingly demanded by regulators and the investing public. But whether this will be enough to allay the suspicions of the regulators remains to be seen.

Under MiFID II, the European Commission’s forthcoming financial services legislation, ESMA plans to cap the amount of dark pool trading in any given stock at 4% per venue and 8% across all venues. Mondo Visione notes that the aim of the regulator is to make markets more transparent by limiting dark pool trading and forcing the trading activity onto the lit markets. But many observers have already noted that instead of moving back to unfavourable circumstances in the lit markets, some of the trading activity may simply disappear, as investors are not willing to trade in circumstances that would be against their interests. It also presents difficulties for the venue operators.

“The underlying sentiment of increased investor protection is a worthwhile one, but in a practical sense what should a dark pool do when it reaches a cap?” said Magnus Almqvist, senior business development manager at SunGard. “Will it be allowed to give its customers a notice period that they are closing their trading for a given stock for the reminder of the year?”

Meanwhile, Mondo Visione warns that although regulators on both sides of the Atlantic seem to be concerned with supporting the ‘classic’ stock exchange model, it would be unrealistic to expect flows to move back to the stock exchanges following years of declining market share.

“In this environment the lower costs and price stability of dark pools make it unlikely that professional investors will change their habits and concentrate more trades on a smaller number of venues in which market impact is more pronounced,” read the report.

The second element highlighted in the report is the erosion of trust in the ability of the financial services industry to self-regulate in the face of alleged benchmark manipulation. According to SunGard, major banks and brokerages have already been fined about $6 billion to settle regulatory allegations of benchmark interest rate manipulation and over 49 traders have been fired, suspended or sent on leave. Meanwhile in August, ACI, the foreign exchange industry body, called for the adoption of a new Model Code for sell-side and buy-side firms on financial benchmarks, to harmonise codes of conduct and prevent a recurrence of the Libor and other recent rate fixing scandals. ACI wants a single, globally recognised code of acceptable behaviour that will address the foreign exchange market – and it wants the code to be formally recognised across the industry, so that individuals would have to take greater responsibility for their actions.

Mondo Visione notes that until recently, OTC markets were thought to be beyond manipulation because there was no centralised market and therefore no way to coordinate manipulation. But the report says that view has been undermined by the exposure of apparent collusion between traders at banks, 17 of whom now face prosecution in the US and UK for manipulating the exchange market. EU regulators have also accused banks of colluding to manipulate a key benchmark interest rate.

Regardless of the outcome of these prosecutions, the question of propriety seems unlikely to go away any time soon. ESMA launched a consultation on the new Market Abuse Regulation which entered force on 2 July 2014, issuing two consultation papers on the draft regulatory and implementing technical standards and technical advice ESMA will need to develop by July 2016. Some observers have high hopes for the consultations, and suggested they provide a key opportunity to help rebuild trust and constructive dialogue between regulators and the regulated.

“Both the ongoing MiFID II and Market Abuse Directive II consultative processes are probably the opportunity of the century to impact how European financial markets will be governed, and this will in turn impact how they evolve,” said Almqvist at SunGard. “It’s a daunting task with 800 page documents to be consumed and understood, and there are many conflicting vested interests that are making their voices heard at the public hearings. At the same time, this is an opportunity not to be missed, as the results will matter and will impact the day-today operation of our markets.”