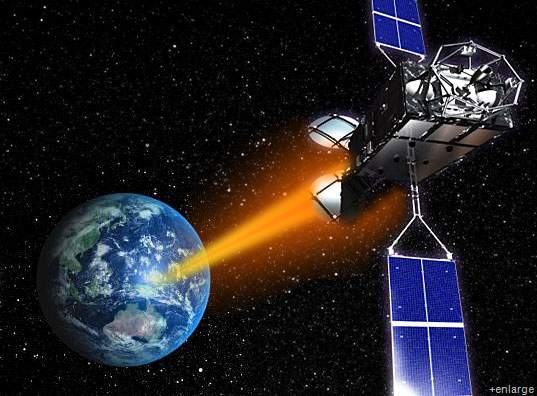 Satellite GPS signals can be vulnerable to ‘space weather’ , according to NPL

Regulators in Europe and the US are struggling to get to grips with trades that appear to be travelling back in time. Led by the UK’s National Physical Laboratory, new efforts are underway to synchronise time, with the help of atomic clocks.

The problem arises because clocks used by trading firms are not synchronised, and because time keeping systems based on GPS satellites are vulnerable to distortion in space, caused by ‘space weather’ events such as solar storms and flares which can take down a GPS signal. So a trade may appear to be executed before it was even sent, depending on whose records you believe. This is called ‘negative delta’.

As trading speeds have become faster, driven in part by the rise of high-frequency trading, it has become increasingly necessary to track trades that may have taken only milliseconds. It is here that differences in measured time, even minute ones, can cause trouble.

“If the clocks are not showing exactly the same time, the time difference between a trade being sent and received can be negative,” said Leon Lobo, head of time and frequency at the National Physical Laboratory in London. “This happens very easily. As you approach the physical limits of latency, you come up against the speed of light. To understand latency at these speeds, you need to measure in nanoseconds – and you need a common clock.”

This is a problem for regulators, who are attempting to establish a clear audit trail in the name of transparency. Until now, in Europe there has never been a requirement for a standardised measure of time, while in the US, there is an obligation but it only requires time to be kept to within one second of UTC – an eternity, in the microsecond timescales of modern high-frequency trading.

In response, the European Securities and Markets Authority has launched a consultation in which it proposes introducing an obligation on trading firms to keep time accurate to within a microsecond – one-millionth of a second. Meanwhile in the US, it has been raised in the Senate and FINRA, the SEC and the FCA are examining the issue.

Several commercial solutions exist. In the UK, the NPL has signed a deal with trading technology company Intergence to deliver a new service called NPLTime, which promises to provide a precise time signal directly traceable to UTC and independent of GPS. That system uses underground fibre-optic cables to connect directly to UTC. The time is kept accurate by atomic clock, which is continually monitored and updated to within 100 nanoseconds of UTC. A nanosecond is one billionth of a second. Meanwhile, FSMLabs has built a software and hardware combination called TimeKeeper, which also seeks to prevent intentional and accidental time errors.

According to Lobo at NPL, intentional errors include jamming, which usually occurs when an individual attempts to disable GPS so that his movements can be concealed – for example, a van driver concealing his movements from his boss – but which inadvertently interferes with every nearby GPS system; and spoofing, a more expensive form of disruption in which a signal is hijacked and redirected or altered.

The ESMA consultation ends 1 August; discussions in the US are ongoing.