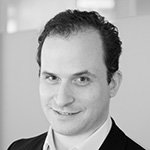 One company grateful for the flurry of publicity given to the practice of front-running orders by the publication of Michael Lewis’s book Flash Boys earlier this year is New York-based Trillium, whose Surveyor market manipulation detection tool can be used to detect the practice.

So-called front-running involves trading firms with access to low-latency systems taking advantage in delays in order execution at US venues to snap up securities ahead of other traders and sell them at a higher price than the original trade was made at.

Critics say that it amounts to a tax on buy-side trading firms and retail investors, who are unable to trade at the price quoted on their screens.

Lewis’s book created a storm about the practice and there have been call for it to be outlawed, at the very least. From Trillium’s perspective, it also unleashed demand among many buy-side firms for a way of finding out if it was happening to them.

“Without taking a position on whether it is legal or not, you certainly don’t want it happening to you,” says Michael Friedman, general counsel and chief compliance officer at Trillium (pictured), which has been marketing its Surveyor market manipulation detection system to sell-side institutions, particularly broker-dealers, since the beginning of the year and is now seeing interest from buy-side players.

Surveyor is an out-of-the-box system that processes and analyses full depth of-book order message data from exchanges and compares it to client order flow to detect and eliminate rogue trading. It analyses order flow rather than execution data, which it reckons is a more accurate way of identifying market manipulation, as only looking at execution data, which can ignore up to 99% of actual trader activity, and analyses order concentration, the split second events when a single trader can swing prices enough to disrupt the market.

The irony is that Surveyor is the result of Trillium having falling foul of a market manipulation charge several years ago. The parent firm is a proprietary day-trading operation that found itself at the heart of an investigation by the Financial Industry Regulatory Authority, the independent regulator for all US securities firms.

In 2007 a  small group of its traders were accused of “layering”, a market manipulation practice that wasn’t even defined at the time. Friedman was brought in as a securities industry litigation specialist, which ultimately led to his current role. Having sacked the traders and paid the fine, the company also had to build new internal controls, which meant automating the process.

The result was the roots of what is now Surveyor, with Friedman working with the firm’s internal software development team to develop the scope, and eventually joining full time in order to commercialise it as a product that could be sold to a wider market.

Friedman reckons that there are several basic methods of market manipulation – Finra has identified 10 varieties, he says –with colourful descriptions such as layering, spoofing, wash sales, cross trades, insider trading, window dressing, painting the tape, and marking the close.

New variations appear regularly, in what becomes “a game of chess” between the two sides. Friedman reckons Trillium has a “secret nuclear weapon in that chess game” which is the fact it has a large group of experienced human traders in its prop trading team who are constantly monitoring the markets and spot these emerging strategies. Friedman meets them every two weeks to incorporate their observations in the Surveyor product. “They notice new games and we can isolate the behaviour and work out how to deal with it,” he said.

So confident is the company of its system that it is offering potential users a “Pepsi Challenge”, says Friedman: “We’re saying send us one day of your orders and we’ll put it through our system: in the majority of cases we will find something.”