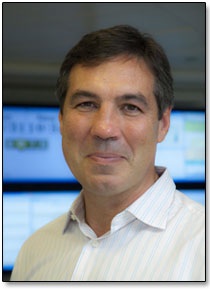 “MMT takes away the last excuses from the exchanges,” says Mark Hemsley, chief executive officer at BATS Chi-X Europe. “One excuse was that we don’t have data standards. Then they said the OTC data is not under control. Well, we’re making great strides on that. So it will come down to commercials. This is the only industry I can think of where we have a monopoly with no price regulator in place. That argument is finally getting through.”

The Market Model Typology is a post-trade reporting standard that was adopted by the FIX Trading Community in February. The MMT initiative was originally launched by the Federation of European Securities Exchanges with the aim of standardising post-trade data and providing greater transparency. Supporters of the standard, including BATS, argue that its adoption will result in clean and consistent post-trade data that is represented consistently regardless of trading venue or OTC reporting venue, and that MMT will make it easier to consolidate data from multiple venues to create a European consolidated post-trade tape.

“The earliest we could get a consolidated tape is 2020; that’s very disappointing,” says Arjun Singh-Muchelle, senior advisor on regulatory affairs at buy-side body the Investment Management Association. “Some say data is expensive because of fragmentation. That’s rubbish. Of all equities traded in Europe, more than 50% is traded on just three venues and 75% is traded on just six venues.”

Market data has long been a contentious issue in Europe. National exchanges are often accused of charging excessive fees for market data and exploiting consumers that have little other choice but to pay. “The London Stock Exchange has seen a 43% rise in market data revenue since MiFID,” says Jerry Avenell, co-head of sales at BATS Chi-X Europe. “The exchanges aren’t going to give up that revenue stream unless the regulators force them to do something about it. We need the regulators to step up and get involved.”

In a public debate at the TradeTech conference in April, Miroslav Budimir, senior vice president at Deutsche Borse, attempted to argue that the reason market data is “slightly” more expensive in Europe than the US is because the Europe has more trading venues – 65 in Europe versus 13 in the US. However, this claim was ridiculed by his fellow panellists and roundly dismissed as “rubbish” by members of the audience. 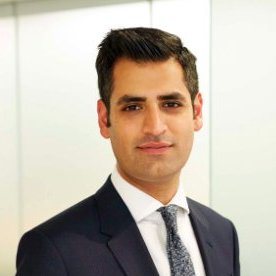 Singh-Muchelle: a hint of market failure

Singh-Muchelle adds that the average market data feed cost is around $800 per dealer in the US, whereas in Europe the cost is closer to $16,000. The IMA, he says, is calling for a cap on the total level of revenues that stock exchanges can make on market data. “I want [the EC’s Directorate General for Competition] to do an investigation in this space, because there may be a hint of market failure.”

Jose Marques, global head of electronic equity trading at Deutsche Bank, suggests that it might be better if exchanges were required by the regulator to disseminate market data free of charge to all market participants, potentially adjusting trading fees upwards to counter the lost revenue.

“Charge what you want for execution, but data should be a regulatory obligation,” he says. “Is that data really intellectual property of the exchange, or should it belong to the participants? I believe it’s a compelling case. Even in the US, where there is a consolidated tape, the market data system is not perfect – the non-delayed data is so expensive that many firms don’t use it. The retail investor is probably making decisions based on non-real time data. The fundamental disenfranchisement of the retail investor we are facing is unbelievable.”

Other market participants concur. “Market data is a €1 billion revenue stream pan-Europe,” says Olaf Neiglick, chief executive at Nordic MTF Burgundy. “It’s not going to move itself. In the Nordic countries, exchanges lobbied hard not to allow market data on users screens, but we made Nordic Light, a ‘poor-man’s consolidated tape’ for retail investors. Not everyone can afford a $3,000 a month Bloomberg terminal.”

While some market participants have expressed hope that MiFID II will help to improve transparency, industry observers expressed concern that the MiFID II requirement to provide the data at a “reasonable” price to all participants while complying with strict standards makes the proposition unattractive to most potential vendors – leaving the industry with no solution. However, it is not all bad, according to Hemsley at BATS.

“Just before Christmas we started to see ESMA considering what reasonable cost actually means for data and the consolidated tape,” he says. “This had been a loose debate. For the first time it was being considered from the point of legal competition. They set up a model of what an efficient data provider would be like, and then used that as the reference. Someone with a competition mind is starting to look at this.”

Hemsley added that the regulators are realising they are not going to get a consolidated tape with the current framework and that TCA and best execution hang on the consolidated tape. Within each country, if regulators need to examine the French market or the German market, the best way to do that would be to check a consolidated tape, he added. “That becomes a service you need to provide,” he says. “We’ve shown that just looking at the data without counterparty names, we can pick up bad trading patterns. And they’ll have the names! We don’t need a terrible system with 28 feeds to 28 different markets.”

Representatives of the EU remain upbeat about the prospects for improving transparency in Europe, pointing to 2016 as the crucial year of decision and action on the consolidated tape for European post-trade market data.

“The big failure of MiFID one was the lack of quality data,” says Maria Teresa Fabregas Fernandez, Head of Unit in the Directorate-General for Internal Market and Services of the European Commission. “But by 2016 we will start getting the data, and it will be thanks to the new legislation. We decided at the first stage not to go for a single European consolidated tape. Because we are still working to improve the standards for data collection, we gave a change to the industry to develop the tape. But if this fails, in two years’ time there will be a regulatory consolidated tape, provided at a reasonable commercial basis.”