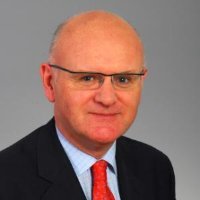 Transaction cost analysis has become increasingly prominent in equities trading since 2007’s watershed piece of European legislation, MiFID. But that’s just the beginning of a journey that is increasingly coming to transform the way other asset classes, particularly FX and fixed income,  are traded, according to Michael Sparkes, director of analytical products and research at broker ITG.

ITG has its own TCA division, separate from its trading business. This part of ITG receives data from buy-side firms, for all of their trades including those involving other brokers. Launched in 1992, the division’s purpose is to measure and provide help and advice on how to reduce the cost of trading.

“Clients want more information,” said Sparkes. “A smart order router is looking at which venue is best to trade on, algo strategies are competing against each other, and the data itself is getting more granular – if you’re a portfolio manager, there are a whole range of things that need analysing that weren’t there a few years ago.”

The growth of the data available for TCA and the increasing use of time stamps is one factor in the rise of the technology. But there is a darker side to the increasing prominence of TCA in FX. The Libor scandal shook industry confidence in rates, while a whole series of court cases over the last five years have encouraged the buy-side to start asking difficult questions. In December 2013, BNY Mellon agreed to cut its fees by $15.45 million to resolve a major legal action initiated by Massachusetts Pension Reserves Investment Management against the bank, in which it was alleged that BNY Mellon overcharged by $20 million on FX trading. A similar lawsuit was filed by the US state of California against State Street in 2009.

“When you bring TCA to the table, an asset manager can go to their broker and ask, ‘Why is it that we always incur high costs on this kind of trade?’” said Sparkes. “FIX tags can be examined for details of a trade, including on which venue it was transacted. There are also tools for exploring what happened before an order was placed, what happened immediately afterwards, and how well a particular algorithm achieves the task it is given.”

Perhaps partly in response to the rise of high-profile legal actions, US agency broker Abel Noser and trading technology firm TradingScreen both launched their own separate FX TCA services, in April and May 2012 respectively. Both offerings launched with a commitment to increase transparency in FX, but there are also more useful everyday aspects to the technology. TCA can be a useful means to look at an investment product to measure its success, and work out when the cost to trade starts to erode the alpha of the trading idea. “For example, if you are trying to make a large trade over a long period of time such as a month, you can see how quickly the value in that trade idea is eroded away,” added Sparkes.

There are still limits. In equities, there is no consolidated tape, which effectively means that no single participant has a complete picture of all trading activity in the market. In addition, since there are multiple venues transacting simultaneously and multiple dark MTFs and broker crossing networks at play, it can be difficult to monitor for complex trading strategies that use multiple venues. Market surveillance companies such as RedKite (now Nice Actimize) have long argued that such a structure lends itself to potential market abuse, and warned that regulators may not be fully equipped to monitor against the danger. On this aspect of the market, Sparkes believes that TCA may be able to help by providing a self-policing aspect to the market, in which asset managers increasingly monitor banks and brokers independently.

“If you know you’re being watched, you’re more likely to behave,” he said. “We have clients that monitor patterns that could imply market abuse. For example, if someone is actively trading in a stock right before a major announcement, or buying and then selling shares in a very short time window. Simple patterns such as sudden volume spikes are easy to identify. If someone is buying aggressively into a stock at the end of a quarter, and the next day that stock goes down sharply, you might want to take a closer look.”

There is also a globalisation angle to the technology. “If you trade New Zealand dollars from London but it’s 0200 in New Zealand, that’s probably not the time when their market is at its most active, so banks will widen spreads,” he said. “Maybe you have to trade then, but if you don’t maybe it’s better to wait for NZX to open. Analysing the cost to trade at different times of the day is going to be healthy.”

As with so many other areas of capital markets, TCA is ultimately affected by global regulation, including MiFID II, EMIR, Dodd-Frank and Basel III. Of these, MiFID II will ostensibly have perhaps the greatest impact, since the directive mandates the creation of a European consolidated tape in equities. However, the development of Market Model Typography as a new data standard for trade reporting will also make a significant difference.

MMT is the new FIX standard designed to help standardise post-trade data reporting formats for Europe, by presenting the data in a clean and consistent way regardless of trading venue . The idea is to make it easier to consolidate data from multiple venues to create a consolidated post-trade tape. MMT has been built to be used in any protocol, including non-FIX, so that it works as an independent and open standard.

“The new MMT standard is going to make life a lot easier for everyone,” said Sparkes. “We need checks and balances in the industry, and it’s questionable whether the regulator could spot every problem even if they had a super computer. MiIFD coincided with the financial crisis. We are seeing more awareness from the buy-side. Banks are keen to prove that they are offering value for money. Transparency is in everyone’s interests.”