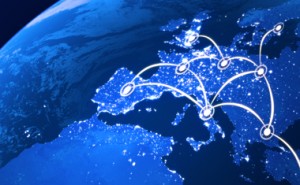 Traiana isn’t treating Europe as a standalone case – Harmony TR Connect has already been launched in the US, Australia and Hong Kong, each of which are implementing their own equivalent of EMIR as part of the G20 nations drive to reduce systemic risk in OTC derivatives markets.

The tools Harmony TR Connect offers include unique transaction identifier management, so that banks can share unique trade identifiers with their counterparts.

Earlier this month, financial messaging cooperative Swift set out its own plans to capitalise on the new rules. Swift is offering its bank customers two options: to use the Swift FIN Copy solution to send confirmations directly to trade repositories, drawing on the customer’s existing Swift FIN confirmation connection, or to to use Swift’s FileAct messaging service to report all OTC derivatives trades – a choice that Belgian bank Belfius has opted for to report its derivatives trades to European trade repository Regis-TR.

Final preparations for EMIR are underway at banks across Europe. Earlier this month, Dutch bank ABN Amro became a member of German derivatives exchange Eurex’s OTC Clear service, which clears interest rate swaps. It is expected that the EMIR obligation to clear will follow the obligation to report trades before the end of this year, with regulator ESMA due to release the regulatory technical standards in September.