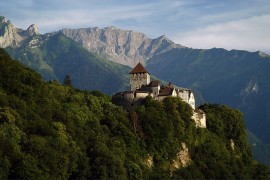 SIX Payment Services has apologised after a technical glitch caused a number of debit card transactions in Switzerland and Liechtenstein to be accidentally booked twice on 22-23 January.

Following the disaster, SIX managed to reverse 99.93% of the double bookings, with the remainder due to be reversed individually in the coming days.

SIX has said that no payments were actually executed twice, meaning there “were no duplication cash flows”. Cardholders and bank clients did not incur any losses, because the transactions that were booked twice were automatically reversed.

The incident follows a banking error in the UK earlier this week, in which Lloyds Banking Group was forced to apologise after customers were hit by a major outage affecting half of the group’s 7,000 ATMs. The problem, attributed to a failing server, left customers unable to use their debit cards at Lloyds, TSB and Halifax cash machines for several hours.