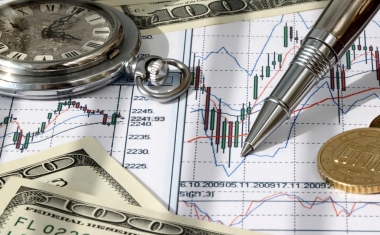 Reforms to the way derivatives are traded in the US and Europe are causing a conflict between consumer desire for bespoke solutions and regulatory attempts at standardisation – and the self-inflicted panic as the deadline approaches indicates the cost may be too high, according to a panel of senior capital markets representatives speaking at an event organised by the Futures and Options Association in London .

“It’s a huge change and huge drain on manpower, resources and finances and we haven’t got a lot to show for it,” said Steve Stewart, managing director of Europe at futures software company Trading Technologies. “We will need to make changes to risk components, including changing front ends and order types. We’ve got 40 markets we connect to, each with different regulators and guidelines. But we may not be able to continue to move our businesses forward because the cost of regulation could potentially stop us from growing our business and working on new functionality and new markets.”

Under the Dodd-Frank and EMIR reforms in the US and Europe respectively, banks and other derivatives market participants have to centrally clear the bulk of their OTC derivatives trades. The contracts are being standardised, and on 12 February the obligation to report trades to a repository takes effect in Europe. Any remaining bilaterally traded contracts will be subject to significantly increased costs under a rule change designed to increase transparency by forcing a shift away from off-exchange trading towards formal clearing and trading.

The impending reporting deadline in Europe aroused comment from the panel, with many noting that last-minute panic seemed to have set in as many firms are simply not ready to comply. Paul McGregor, head of product strategy at trading and risk management SaaS firm FFastFill, pointed out that his firm will have to write eleven new unique trade identifiers in the next three weeks, ahead of the 12 February deadline, while Ted Leveroni, head of derivatives strategy at Omgeo, suggested that many firms are going to miss the deadline.

“People have just woken up to the fact that this is happening,” said Bill Templer, founder of Faventus Consulting. “It’s stupid and self-inflicted. That said, the lack of clarity around exactly what’s required, the changes in the rules, the lack of understanding what’s going to happen with these trades makes it a pain in the backside and that’s why nobody wants to do it. But the regulators are right to not extend the deadline. If they did, people would just put it off forever. It might be a bit messy at first but once it’s done it will quickly be forgotten.”

However, even some of the firms that consider themselves ready may be in for a nasty shock. Some buy-side firms have opted to start their compliance with delegated reporting, in which the broker reports on behalf of the asset management firm. But according to session moderator Richard Wilkinson, senior associate at derivatives-focused consultancy Contango Markets, some firms on the buy-side have a “blinkered view” that once they delegate their trade reporting, the responsibility goes away.

“The reality is, brokers say they are not responsible for anything once the trade has been reported,” he warned. “So people are in denial about what delegating means.”

Meanwhile, according to McGregor at FFastFill, the last-minute rush of many firms to comply with the new rules is obscuring a fundamental question about the need to standardise versus the customer desire for customised products.

“In the past, standardisation has meant going to the lowest common denominator,” he said. “That’s fine if that’s what you’re setting out to do. But people always want bespoke service. When you talk to the customer, they all want to do it a slightly different way. We will never get away from that.”

The panellists also discussed the difficulty the new regulations have imposed on the post-trade process. Participants highlighted the difficulty of ensuring high levels of transparency and communication between the buy-side and brokers during the allocation process, matching and reconciliation, and during margin calls. 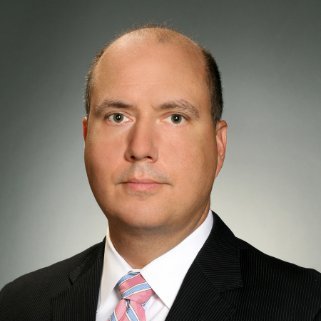 “Everyone struggles with margin calls because there is no standard yet,” said Leveroni. “A community solution between broker and buy-side is the right way to go. When you have a standard, the problem can be solved once instead of each firm separately working out how to build UTIs. Less effort has to go into solving it.”

For Templer, the prospect of the industry voluntarily taking the steps needed to ensure transparency seems unlikely, given the failure of previous efforts.

“The standardisation argument has been going on for years,” he said. “The FOA got together with the exchanges six years ago, and there was almost nothing they would agree to standardise. The reality is standardisation is only going to happen if FOA will push it. There are so many vested interests that I can’t see the industry saying, “Yes, we’ll spend time re-writing things that already exist to a new format” any other way.”

Leveroni countered that the standardisation process could be driven by crisis, citing the move by the buy-side to embrace back office outsourcing some years ago as an example of how an industry sector only moves when it must. “It’s going to eat up so much resource that people are going to be forced to cooperate,” he said. “Firms will be forced to pick and choose the areas where they are certain they can make a competitive difference.” Templer agreed, adding that when banks find 90% of their available budget is spent on coping with regulation rather than clients and innovation, executives will conclude that there has to be a better way forward.