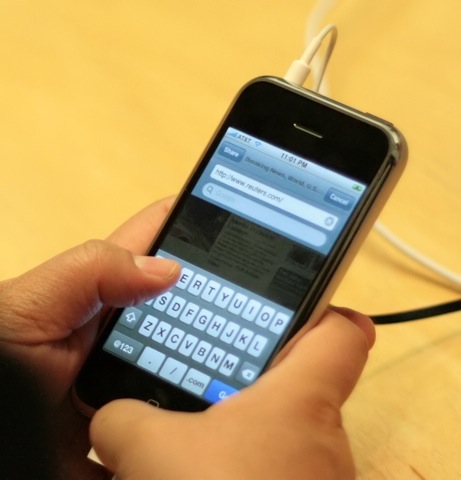 A new mobile voice recording service is being developed by UK tech company Voxsmart, which it claims is the first to automatically capture every type of communication on a mobile device so that it can be used for trading compliance purposes, including the FCA in the UK and Dodd-Frank in the US.

Using cloud technology, Voxsmart has built a tool that routes the calls through cloud-based routing software. The firm also installs what it calls a “light-touch” app on the device to track its activity. Text messages, Skype calls, email, instant messaging and network calls are all covered. Customers keep their existing phone number, SIM card and operator contract. Charging will be on a monthly basis, based on usage, and the cloud aspect is intended to bring down costs by removing the need for proprietary in-house systems. Currently in the Beta stage of testing, the tool is due for release on Blackberry, Android, iPhone and Windows handsets in January.

Voxsmart is entering a relatively crowded field, including several other solutions. In October, EE rolled out mobile voice recording in collaboration with Etrali Trading Solutions. EE didn’t use an app, instead it collected the phone call data from Etrali and stored it on Etrali’s cloud infrastructure. Etrali has been feeding phone call data into Bloomberg Vault since February 2013. The idea was that compliance personnel can carry out a single search across different formats including email, instant messages, Bloomberg messaging, mobile, social media and voice records. Alternatively, a separate solution from TeleWare involved changing the SIM in the trader’s phone, which then captures the call automatically. TeleWare’s USP was that it has its own core network, and also buys capacity from mobile operator networks where necessary.

However, according to Graham Rivers, executive chairman at Voxsmart, neither of these solutions is ideal, partly because Bloomberg Vault is a historical database that holds historical information but doesn’t actually record the calls itself – meaning that compliance staff still have to piece together the puzzle by drawing on different feeds as sources of information – and partly because of the limitations of relying on a specific mobile network.

“EE’s solution is good but it’s very UK-centric,” he said. “What happens if you need to travel abroad? You’re going to find that you have problems. Our solution is global. Relying on a mobile network means that if there are any delays or problems with that network, you’re stuck. To be compliant and offer a good service at the same time, you need to record on the device and use fast fixed infrastructure. What if the user isn’t using a mobile network at all – for example if he’s using Skype over wifi? Our solution covers that, too. The rise of data-only tariffs suggests wifi-based calls are likely to dominate in the future. We are ready for that, too.”

Rivers added that Voxsmart’s ability to monitor the phone via the app means that the system should be relatively secure. “In terms of security, we are very strict – if the trade tampers with the phone, it will immediately block all his calls. It’s harsh, but it will teach him a lesson,” he said. “We capture everything. We have a secure voicemail service, that can convert voicemail to text or email, and then send it to a phone via text or email address. It’s much quicker and more convenient than having to actually listen to the voice message. It can’t be deleted, either, so there’s no way the trader can get round it.”

Mobile voice recording was introduced as a requirement in the UK in November 2011 for all investment firms including banks, stockbrokers, investment managers and hedge funds. The rules state that calls must be recorded and stored for a period of six months, and firms must take reasonable steps to prevent relevant conversations taking place on private mobiles and other private devices. To protect personal privacy, Voxsmart’s solution won’t record calls made to traders’ wives and children. The trader provides the phone numbers of close contacts, and compliance will then verify that the number does match the person named. Family members can then be white-listed.