Orange and Visa team up on NFC payments in France

French operator group Orange has formed a strategic partnership with payment provider Visa to accelerate awareness and everyday usage of contactless payment technology in France. The operator has also launched a mobile prepayment solution called Orange Cash in the country. 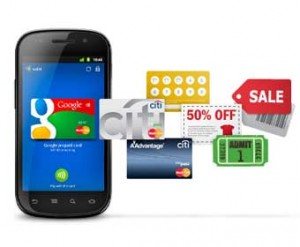 Orange and Visa are collaborating to promote NFC payments in France

The two firms said they aim to raise awareness of the benefits of NFC for customers, claiming that France is becoming an increasingly favourable environment for mobile payments. They said that the number of contactless payment terminals used by French merchants has increased by more than 50% over the past six months to reach 200,000 active terminals in France today. There has also been a mass deployment of NFC mobile phones in France, they added.

Orange Cash will be made available to Orange subscribers that have NFC compatible handsets in Strasbourg and Caen in early 2014, ahead of a nationwide roll-out in the second quarter of the year.

Orange customers can download the Orange Cash app from their app store and top up their prepaid Orange Cash account with the amount they choose using their bank card. To pay, they will just need to tap their mobile on an NFC payment terminal at a retailer’s premises. For all payments of over €20, users will be asked for a PIN. The service is based on a solution designed and managed in collaboration with the Wirecard Group.

“Paying with your smartphone is a new function which will take off due to its practicality in everyday life,” said Thierry Millet, vice president – mobile payments and NFC at Orange.

In August this year. Orange announced a set of mobile payment services in Botswana and other countries in Africa and the Middle East, allowing customers to use an Orange Money prepaid Visa card, which is linked to their existing account.