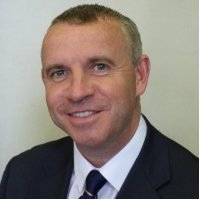 Mullany: don’t wait until the last minute for collateral

Market participants need to be sure they understand how their collateral is being handled. They also need to make sure they are ready for EMIR, according to financial executives at the Mondo Visione Exchange Forum this week.

“LCH.Clearnet deals with approximately three to six margin calls a day at the moment,” said Saheed Awan, global head of securities finance at Euroclear. “They foresee it growing 500-1,000% once the new rules take effect. That’s a margin call every few minutes. The buy-side will have to shift their processes to cope.”

EMIR is the European Union’s version of the G20 reform agenda, which involves reducing systemic risk in global OTC markets by forcing market participants to centrally report and clear the bulk of their OTC derivatives trades. Contracts will have to be standardised and centrally traded where there is sufficient liquidity, while market participants will have to put aside margin against the risk of their trades.

The EMIR reporting obligation takes effect on 12 February 2014. It is expected that the obligation to clear will follow, with regulator ESMA to release the regulatory technical standards in September 2014. Some observers expressed concern that significant portions of the market will not be ready in time.

“Regulation is a moving target,” said Dennis Mullany, head of banking and collateral management at CME Clearing Europe. “The danger for many firms is that the September 2014 deadline is drawing ever closer. We’re not too far away from the scary scenario where clients will need collateral and they won’t be able to find a bank or broker to provide it. It’ll be no good crying to your broker in August next year, because those arrangements take a long time to set up.”

One of the challenges for market participants is to determine the clearing model that is being used. EMIR mandates individual segregation of customer accounts, but does not mandate full segregation, although this is available commercially as a more expensive but safer option. When MF Global went bankrupt in November 2011, it was discovered that while customers were paying extra for cleared trades, the CCP did not receive the collateral.

“At MF Global most of that extra money was not making it to the CCP,” said Mullany. “They netted it and spent the rest. Understand where your collateral is going and what they are doing with it. If it’s going to the CCP, how much of it is being held there? How robust is it? What happens in the event of a default? How is it structured – is it individually segregated? The safest model now is to have all the collateral go to the CCP.”

MF Global was a derivatives brokerage that went bankrupt in 2011, after it was revealed that the firm has illegally used $900 million of client money to shore up its own failing account. Former chief executive Jon Corzine was questioned by US Congress, but never jailed for his actions. 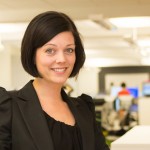 “Yes you could move to real-time settlement, but will the buy-side be ready?” asked Mullany “Are they ready to fund their own accounts on the spot? I think that’s a liquidity issue. How long would it take them to prepare for this? How much would it cost? It’s adding more complexity at a time when firms are already struggling.”

Others asked whether the regulation might have the opposite of its intended effect, by actually reducing the number of cleared trades rather than increasing them.

“Cleared business is actually declining already,” said Awan. “You might think that’s odd, because it runs contrary to what the regulator intends, which is to have everything cleared that can be. But the reason is that clients are saying triparty arrangements are cheaper than cleared products. The initial margin just costs too much.”

“Without collateral, you can’t trade,” he added. “Collateral is the lifeblood of the market. The market structure make obstacles, clogging the arteries of the system. If we unclear the silos, we will be much healthier. If we don’t, I think we’re going to see the market facing problems again in the future.”