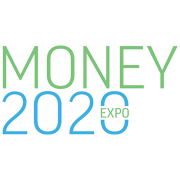 PayPal is belatedly paying some attention to design: in its early days, the company didn’t have designers, so the Pay with PayPal button wasn’t very consistent  – sellers could tinker with it and even modify the colour, writes Tom Groenfeldt.

That’s changing, John Muller, vice president and general counsel, told the Money2020 conference in a four-part review of the company’s history. “Until now at PayPal, design quality and the user experience was measured in terms of is it good enough, is it better than the current alternative might be for most small and medium sized merchants. Going forward, it is about creating an outstanding experience,” he said. “Certainly Square has raised the bar on design for payments companies.”

Reflecting on the company’s history, he suggested his session title should have been changed from the Grateful Dead’s “What a Long, Strange Trip it’s Been,” to Bruce Springsteen’s “Tougher than the Rest.”

From its launch in 1992 until 2002, he said.  PayPal operated in a period of intense competition  – the internet bubble, where the market was flooded with start-ups, consortia like Billpoint from Wells Fargo and eBay, Citi’s C2IT person-to-person payments and Yahoo’s DotBank.

“All these companies were trying to find a niche in alternative payments and to a large extent what PayPal did was outwork and out-execute them,” said Muller. He makes no claims for insightful brilliance at PayPal: “A lot of what is called innovation is taking an existing function and adapting it and making it available in a new way or attractive way, rather than fundamentally coming up with an entirely new system.”

PayPal, for instance, built on the existing ACH payments network to offer payments in real-time to the merchant, despite the fact ACH doesn’t give real-time authorisation like the credit card networks do. The move was rooted in business necessity.

“PayPal couldn’t accept card payments at a time when it [PayPal] was first free and then moved to a rate that was less than interchange. We needed to offer authorised clearing house payments and the way to do that was by stepping in and intermediating the risk for the merchant. That involved advancing the funds to the merchant right away, before PayPal knew they would settle through the ACH systems. It involved some advanced risk modelling and a lot of trial and error, but that is one of the company’s key innovations, if you want to call it that.”

Another innovation was rethinking the business and realising it was about transactions, not payments, and then thinking how to better fit the payment into the transaction. “In this case it was the humble payment button,” said Muller.

A further edge came from a debit card for sellers that allowed them to send their balances through PayPal instantly or use it at an ATM, with certain daily limits. The idea came from First Data, which was handling payments for PayPal.

“PayPal and other payment companies are essentially risk management companies, and surviving the first attack from organised fraud and coming up with methods to do that is a key part of the PayPal story.

Acquisition by, and then four years of integration with, eBay was the second phase, accompanied by international expansion.

“We learned from eBay that to be successful in local markets you do need to build out local teams, you have to deal with local regulation which is part of the reason to build local teams who can always be more effective with the local regulator.”

Growth was combined with basic business improvements, such as working with large email companies to reduce phishing.

Muller said the third phase started in 2006 as PayPal expanded beyond eBay and pursued mid-size and larger merchants, putting it into greater competition with banks. From 2006 to 2010 it saw the re-emergence of internet competition such as Google and Amazon. PayPal also decided to treat its developers as a key customer base but improving the platform to help them integrate PayPal into their ecommerce sites.

The fourth phase – the current phase  – is building up business with large merchants and developing a multi-channel approach to payments with little distinction between online and offline.