Financial institutions are “missing out” on big data says TeleWare 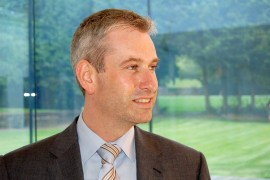 Haworth: the magic is in the data

As financial regulation on mobile phone recording grows ever tighter in Europe, a significant proportion of financial institutions still haven’t put in place any technology to handle it. They could be missing out, according to Steve Haworth, chief executive at computer telephony specialist TeleWare.

“Big data isn’t really about the size of the data, it’s about whether you’ve got it all or not,” he said. “If you’re missing bits of data you don’t get the total value. Business doesn’t stop when a trader leaves their desk. What happens if a key client calls? Companies would lose the advantage if they didn’t answer the client. The mobile is a key. If you’re only going to use voice recording for compliance box ticking, that’s one thing. If you use the information to drive value, that’s the exciting benefit.”

Former UK regulator the FSA (now divided into the FCA and the PRA) introduced an obligation for investment firms including banks, stockbrokers, investment managers and hedge funds to record traders’ calls in November 2011, removing an exemption that had until then excluded mobile phones from the FSA’s taping regulations. The rules state that calls must be recorded and stored for a period of six months, and firms must take reasonable steps to prevent relevant conversations taking place on private mobiles and other private devices.

The European Commission’s upcoming MiFID II legislation expands the scope of the existing rules, since it contains an obligation for all buy- and sell-side firms across the EU to record their traders’ mobile phone calls. Yet according to Haworth, a large proportion of firms are still not using technology to enforce the rules – instead, they rely on policies such as banning mobiles from the trading floor.

“It’s strange considering mobile is such an important tool,” he said. “There may be a perception it’s difficult to use technology to solve this. But relying on company policy alone carries an element of risk. What if a significant portion of your firm’s business is taking place on mobiles just off the trading floor? You’d better be able to prove to the regulator when you are being audited that your policy is robust, and not many people can put their hand on their heart and say that it is.”

TeleWare’s solution is to change the SIM in the trader’s phone, which then captures the call automatically. The firm has its own core network, and also buys capacity from mobile operator networks where necessary. That technology can then be combined with other services such as Bloomberg Vault, a cloud-based enterprise information management platform introduced in 2010.

The requirement for greater record keeping is part of a global move by regulators in developed markets to increase the transparency of financial markets and prevent a recurrence of 2008, when complex OTC derivatives were poorly understood and tracked, leading to mass confusion during the default of Lehman Brothers on 15 September that year. According to Haworth, there is a huge difference between firms that are looking at the new rules as a burden to be met with the minimum possible level of effort, and more ‘value-driven’ organisations that are looking to take the rules in the spirit in which they are intended. At the same time, international competition ensures that markets and companies that can develop a solid reputation will gain the advantage in the long run.

“London was the first jurisdiction to demand voice recording,” he said. “Dodd-Frank has now put this under the spotlight in the US. Governments and companies are competing over where the major financial hubs in Asia and the Middle East will be. Listing in a place with a good reputation is vital for gaining investor confidence. That’s why so many Russian companies come to the LSE. If I was a shareholder I’d like to know the company I’m investing in is committed to making the market more transparent and safe.”

“Data has been a cost centre in the past – but now it’s driving innovation,” he said. “We are expecting to see an increasing take-up of technologies like this that can be used not just for compliance, but to add value to the company.”