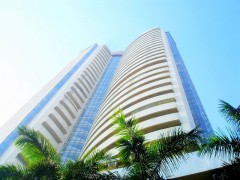 Market data from Germany’s Deutsche Börse and India’s Bombay Stock Exchange will be available under a single licence agreement, following a deal between the two exchanges.

The idea behind the deal is to encourage Asian investors to participate in Germany, and vice versa. In particular, Deutsche Börse is keen to deepen its presence in Asia and India. Deutsche Börse will be the exclusive licensor for BSE market data to international clients.

“By partnering with BSE we give customers access to the full suite of real-time, delayed and end-of-day data products offered by both exchanges under a single license agreement,” said Georg Gross, head of front office data and services, Deutsche Börse. “This approach meets clients’ market data needs while reducing their administrative requirements and increasing overall efficiency.”

Based in Mumbai, formerly known as Bombay, the BSE has existed since 1875 and is currently the eleventh–largest exchange in the world by market capitalisation at $1.26 trillion. That puts it just ahead of Brazil’s BM&F Bovespa ($1.23 trillion) and rival the National Stock Exchange of India ($1.23 trillion) and just behind Australia’s ASX (1.39 trillion).

“BSE is once again happy to partner with Deutsche Börse as this will enhance BSE’s visibility with international clients in the area of market data and information products,” said Balasubramaniam Venkataramani, chief business officer at the BSE. “BSE will also get access to the innovative product development expertise of Deutsche Börse, which shall help BSE to provide an improved customer experience.”

Earlier this year, Deutsche Börse formed a novel deal with dark pool operator Liquidnet in Europe, in which participants using the German equity exchange’s Xetra MidPoint service, which launched in 2008, can trade directly with the Liquidnet network of 700 asset management firms for the first time.