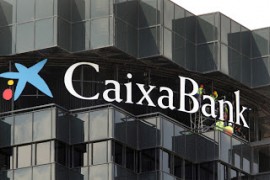 CaixaBank has set up a JV with Telefonica

Spanish bank CaixaBank has teamed with operator group Telefónica  to set up a company offering consumer financing  for mobile handsets and devices.

The joint venture, Telefónica Consumer Finance, will be 50 per cent owned by each of the partners. Telefónica will act as the sales partner and CaixaBank, via its FinConsum subsidiary, will provide financing and overseeing operating procedures.

The establishment of the company extends an agreement signed between the two firms in 2012 under which FinConsum helps Telefónica’s Movistar customers pay for their mobile devices in 24 monthly instalments.

“With more than a million contracts expected annually, this finance company will be the second largest in Spain in terms of transaction numbers, which underscores just how important this agreement is,” said vice chairman and CEO of CaixaBank, Juan María Nin.

Last year Telefónica transformed the way it sells mobile device sales in Spain, moving away from a model based on handset subsidies towards new formats, such as buying used handsets, refurbishing phones and allowing customers to pay interest-free instalments via their mobile phone bills.

While financing plans for devices have been popular in emerging markets, where consumers may have comparatively limited spending power, mature markets have begun to adopt this model as well. An increasingly challenging economic environment coupled with regulatory pressure on longer-term contracts that allow subsidies to be recouped now seems to be changing the picture. Informa Telecoms & Media has identified 140 operators using financing plans around the world, such as T-Mobile USA, which earlier this year revamped its retail offering, abolishing handset subsidies for premium devices in favour of an interest-free scheme that separates the cost of the device from the cost of network service.

In May this year, Telefónica also announced another partnership with La Caixa and Spanish bank Santander to deliver mobile payment services and a digital wallet. Users of the service are able to gather all their credit cards into the digital wallet; they will also be able to send and receive funds via their mobile phone. Bank account details will not be necessary; all the sender needs is the recipient’s phone number