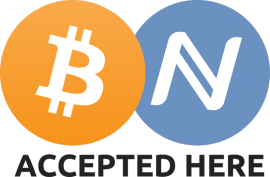 Bitcoin is here to stay and will continue to grow, according to experts speaking on separate panels at Money2020 in Las Vegas.

The recent prosecution of Silk Road, an underground online market for drugs that traded Bitcoins and the FBI’s confiscation of approximately $3.5 million in Bitcoins, looked like a severe blow to the virtual currency. But Carol Van Cleef, partner in Patton Boggs and moderator of a session on maths-based and virtual currencies, said the bust showed growing sophistication on the part of federal law enforcement agencies, reports Tom Groenfeldt.

“They decided to go not after the system itself, but after the parties who were using the system,” she said. Unfortunately federal prosecutors from the Southern District of New York, where the case was filed, were unable to travel to Las Vegas for the conference because of the budget shutdown in Washington.

“This is a great day for Bitcoin,” said Constance Choi, general counsel at Payward. “It was an opportunity to see how inconsequential their [Silk Road’s] criminal activity was to the protocol and to Bitcoin as a whole. They have done analysis on funds going through Bitcoin and determined that Silk Road represents a very small fraction of its use.”

The amount of illegal activity funded through Bitcoin is minor compared to the amount funded by cash, said Van Cleef. The FBI now has at least one very sophisticated agent who understands how to find suspicious behaviours in transactions and then find the bad guys, she added.

“You have also learned how non-anonymous Bitcoin is,” said Choi. “You can trace a Bitcoin transaction to the original Bitcoin. It is a terrible, terrible tool for people who want not to get caught. The transactions are there and available forever.”

Patrick Murck, general counsel of the Bitcoin Foundation, said the Bitcoin protocol wasn’t breached and user-defined privacy is still there. In conversations with law enforcement agencies who thought Bitcoin was awful, he had suggested that their they could use existing methodologies for investigating would work with Bitcoin. Silk Road proved it. “There isn’t a special risk in these types of services and transactions; you can still find the bad guys. If they had used cash or a centralised system, it would have been much more difficult.”

Roger Ver, an investor in Blockchain.info, called Bitcoin the most important invention in the history of the world since the internet. “Now anyone can send from one penny to one million dollars anywhere in the world and it is impossible to block it.” Adoption is growing by an order of magnitude, he added. Panelists have been building applications on top of Bitcoin. BitPay had 1,000 merchants a year ago, 10,000 now and expects 100,000 next year. Coinbase is growing at multiples per week.

It takes time for new payment methods to be accepted, but PayPal now makes $5 billion a year, they said. More than 100 companies are working on Bitcoin solutions, many in mobile payments. Bitcoin transactions cost are about 1%,; credit cards are around 3%, so the virtual currency has obvious attractions for merchants.

Bitcoin has great potential outside of finance as a way to provide some content guarantees. Choi said it could address the issue of fake college transcripts. Payward is working with colleges to authenticate student transcripts and use a Bitcoin number for that. Murck said he thinks that only 10% of the potential for Bitcoin has been tapped.

For instance, Ver said, it could be used to replace title searches in real estate — the title would be authenticated with Bitcoin.

Pervees Faisal Islam, director compliance advisory at Centera Payments Solutions, said consumer payments is the most common adoption of Bitcoin but they may actually undervalue it. “The most precious commodity [in business] is trust and Bitcoin is units of trust. When you understand that you can expand to different financial areas you didn’t think possible.” Among those, he suggested are manufacturing and purchasing, and supply chain.