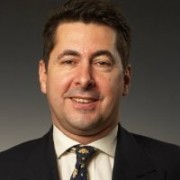 Thomalla: turning off legacy systems can be a challenge

The large retail banks sometimes find it hard to change because they have assimilated many smaller banks through acquisition, each of which is running on a payments engine that has different features and may be very old. That can make it difficult to offer new services, but there is a solution according to Paul Thomalla, head of EMEA at US-based payments and technology firm ACI Worldwide.

“Imagine I’m head of a large global bank,” said Thomalla. “There’s a lot of friction trying to get 30 payment engines to work collectively. At the same time, I have less and less people who know how to operate each legacy system, because the people who designed and built these systems 25 or 30 years ago have largely retired. Support is getting more and more difficult, and I can’t bring new function because if I do, I’m building an unstable tower. The risk part of the bank is going to say, “Hold on!” Eventually, you reach a stage where you can’t just take out the old engine, because you don’t know what it does.”

The demutualisation of numerous building societies during the period from the early 1980s to the 2000s is well documented, as is their acquisition, along with other small banks, by an ever shrinking group of large financial institutions. Cheltenham & Gloucester building society demutualised and became a subsidiary of Lloyds in 1997, for example, while RBS acquired NatWest in 2000. When RBS attempted to rationalise NatWest’s internal system, it found the firm was still using a pre-decimalisation payments engine – 30 years after the UK converted to decimal currency in 1971.

ACI Worldwide’s solution is to build a ‘wrap-around’ system that can offer all the necessary functions and services that a particular legacy system is running, and connect that up to one of the bank’s more modern payments engines. ACI then helps the bank move all the transactions from that old legacy system to the newer engine. Once this is complete, the legacy system can in theory be safely turned off. The end goal is to help a large bank move from tens of different systems to just one or two.

“As a bank, my risk and support issues go away,” said Thomalla. “I no longer have two engines doing the work, I have one engine. I reduce my costs and make myself more agile. If you imagine a big bank doing that many times over, eventually even the largest firms will be able to move very quickly with the same kind of agility as their smaller competitors.”

Recent years have seen an ever-present background discussion around whether or not banks will ultimately be disintermediated by newer, quicker firms.  The key concern was that the large banks would be unable to adapt fast enough to changing customer demographics, technology habits, demands and expectations. But according to Thomalla, the reverse is true.

“Smaller banks have the advantage of agility, but in the next few years the big banks will be able to use solutions like ours to become just as agile,” he said. “The payment industry drives huge amounts of revenue for the banks, and that’s where the real money is to be made. Like it or not, the big banks will always have the benefit of scale. They are going to be offering services far more quickly in the next few years.”

Banking vendors such as Infosys, Misys and Temenos have adopted a similar modular approach to selling core bank upgrades, under which a bank can install just the modules they want to use, for example a mobile banking module, rather than replacing entire systems. In September for example, Misys launched a modular back office service that tier one and tier two banks can use to improve STP rates and reduce processing costs, while Infosys introduced a completely re-engineered modular version (11E) of its Finacle core system.