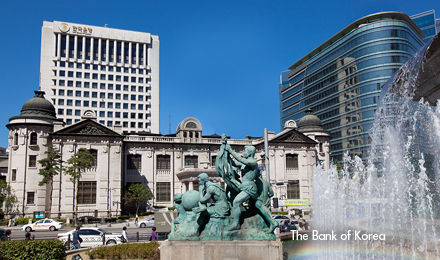 Seoul-based Bank of Korea will use Calypso technology to link its front, middle and back office systems

The Bank of Korea has installed a new system from technology company Calypso that will help it better manage the country’s sovereign reserve.

Korea currently has the world’s seventh largest reserve, $329 billion. The Bank of Korea’s primary goal is price stability; it carries out the functions of a central bank, including issuing banknotes and coins, forming monetary and credit policy and serving as the government’s bank. It also oversees the payment and settlement systems and manages the nation’s foreign exchange reserves.

The bank turned to Calypso to help manage its foreign reserve investment strategies more effectively; the new Calypso system is designed to improve the bank’s levels of straight-through processing and operational stability by bringing the front, middle and back offices together on the same platform. The new tools cover investment management across FX, money markets, equities, commodities, fixed income and interest rate derivatives.

“The Bank of Korea expects to improve its operational stability and increase return on investment through managing our investment strategies more efficiently by implementing the Calypso solution,” said Choongsoo Kim, governor of the Bank of Korea. “Calypso and NOA_ATS demonstrated solid knowledge of our business throughout the engagement, leading us to a successful deployment on time and within budget.”

The Bank of Korea implemented the Calypso system with the help of NOA-ATS, a Korean consultant firm that has worked with Calypso Technology since 2004. Calypso is named after a mythical Greek goddess, primarily known for her part in the legends about Odysseus. The company itself was created in 1997 and is headquartered in San Francisco.