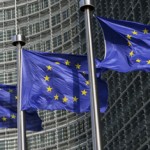 Further uncertainty in European financial markets has been prompted by reports that the European Commission is considering watering down proposals from  11 member states  for a financial transaction tax – but any revisions may have to wait until September, following elections in Germany, according to sources close to the subject.

The ‘Tobin Tax’ was originally intended as a Europe-wide tax that would apply to all 27 member states, set at 0.1% for shares and bonds. However, the measure failed to gain unanimous approval from EU members, prompting a core group of 11 countries – Germany, France, Italy, Spain, Austria, Portugal, Belgium, Estonia, Greece, Slovakia and Slovenia – to push ahead with the proposal.

Thomson Reuters is reporting that EC officials are now considering reducing the levy to 0.01% – which would mean the tax is likely to generate far less revenue than the approximately €35 billion originally envisaged.

The European Commission refused to confirm to Banking Technology whether the tax will be scaled back to the level reported, stating that it is far too early to speculate as to the outcome of the final negotiations between the 11 countries  that have signed up to the EC’s financial transaction tax proposal. However, a spokesperson for the Commission did admit that the proposal was unlikely to make its intended 1 January 2014 deadline.

The original purpose of the tax was partly to act as a political tool as European leaders needed to be ‘seen to be doing something’ about the financial crisis; a tax on financial transactions was supported on the grounds that it would be a means of making the financial services industry pay a fair reparation for cost of the financial crisis it had helped to generate.

However, the tax was thoroughly derided by financial market participants and major financial institutions such as asset managers, who argued that its cost would simply be passed on to the end consumer rather than paid by the large global banks – and that it might simply further depress lending and economic activity in an already strained economic environment.

“Tackling youth unemployment would be better served by encouraging financial services firms to offer apprentice schemes rather than crushing banking institutions,” said Rebecca Healey, senior analyst at research house TABB Group. “Even a revised FTT will not collect the funds it claims – it fundamentally goes against market behaviour. If the tax is reduced and imposed purely on equities and bonds, the incentive remains for market participants to shift to alternatives, either in terms of asset class or geography.”

Even once a final decision has been reached, it will be up to the individual nation states to transpose the rules into their national law. The UK is not a member of the financial transaction tax, and has lobbied strongly against the proposals, on the grounds that they would be harmful to London’s prospects as a global financial centre. In April, the UK government lodged a formal complaint against the FTT at the EU Court of Justice – a complaint that was widely seen as an effort to derail the whole process.

“The UK had concerns about the extraterritorial impact of the proposals, especially on non-member states,” a spokesperson for the UK Treasury told Banking Technology. “Despite the reports, no concrete proposal has actually been set down on paper – what we have so far is unofficial talk. Until a new proposal is formally drawn up, the UK objection still stands.”

According to Healey, whose regular commentary can be found on the Tabb Forum site, the countries involved in the tax would have little say in how the funds are spent, and where – questions that have provoked further concern in the UK and the Netherlands.

In addition, discrepancies among national governments remain and are unlikely to be resolved, with France interested in scaling back the tax on derivatives markets while controversially extending the levy to currency trades at the same time as Italy remains committed to excluding bonds from the tax. But since part of the original motive was to punish the banks for risky financial speculation, exempting derivatives from the tax would seem to undermine the entire scheme – especially since the executive committee of the EC estimated that the FTT could lead to 75% reduction in the volume of derivatives trading, she added.

“While shrinking economies and rising unemployment continue to challenge European governments, some nation states will continue to push for an FTT,” said Healey. “Arguments that financial trading is under-taxed relative to the rest of the economy may be technically correct, but the idea the FTT is beneficial, as banks derive excessive profit from trading, shows how little the proponents understand capital markets today.”

Other observers have highlighted the emerging divisions within Europe revealed by the arguments over the financial transaction tax. According to Tom White, research analyst at regulatory think tank JWG Group, the most likely outcome will be a splitting down of the tax across jurisdictions, assets and timelines – creating further uncertainty for financial institutions.

“Clearly even if the FTT fails at the European level, some member states are still going to proceed with their version of it (Germany, Italy), obvious implication being a very complex European tax system for banks, especially since those taxes will have extraterritorial implications around the EU for any banks conducting trades in those countries,” said White. “Firms will need to have a very clear idea of where their trades are taking place and the implications of that, which may require upgrades to trade capture processes and trading algorithms.”