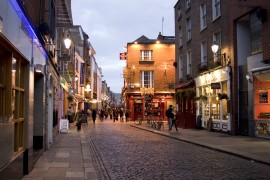 Consumer behaviour cannot be legislated for

Disruptive digital technologies such as mobile and the internet will destroy the established retail banking business models by removing the physical product and replacing it with a digitised bank account, according to Brett King, speaking at the IPS show in London today.

“In the old days there was a physical product, and a physical store,” said King. “Then with the arrival of the internet, you could buy the physical product, such as a book or an album, in a digital store – think Amazon.com or eBay. Consumer behaviour started to shift, and very rapidly business models that had been profitable went out of business. Banking is no different.”

According to King, the music industry and the book industry have both already been through this shift – and banking is next. Pointing to the example of peer to peer music sharing website Napster, which was targeted by litigation from the incumbent music industry players, King warned that in the long run attempting to stop changing consumer behaviour is a futile battle.

“The Recording Industry Association of America spent hundreds of millions trying to stop changing consumer behaviour and failed,” he said. “Then along came iTunes, and you didn’t need the physical product. It destroyed the value of the physical distribution layer. The same thing happened in books – store owners said people would still want to come and touch the books. Then along comes the digital kindle and destroys the physical product layer – are you seeing a pattern?”

Citing statistics on consumer behaviour, King stated that in 1995 the average EU consumer made 2.21 visits per month to the bank. By 2012, that figure had dropped to just 0.26 visits, which equates to 3.2 visits per year. Recent job cuts at major financial institutions, including 16,000 redundancies at Bank of America, 17,000at JP Morgan Chase and 40,000 at Barclays, are the early warning signs of the change to come, he added.

The future envisioned by King involves the replacement of physical banking products, such as a debit card issued at a bank branch, with digital ones, such as a mobile payments app downloaded onto a smartphone. This, he says, will help to remove the “friction” in banking, caused by restrictive processes, outdated ways of doing business and excessive risk mitigation. The low-cost and widespread availability of mobile handsets should also provide a stepping board to the democratisation of banking – meaning that people who couldn’t get bank services before will now be able to do so.

“Square’s greatest innovation was that it realised there were 30 million people in small businesses in the US that couldn’t get a merchant account,” he said. “In the past, the bank would ask ‘how much will you spend?’ and demand a minimum level of spend – say $50,000 – then force the customer to sign multiple contracts and pay a deposit for the point of sale device. Now all they have to do is go online and download an app.”

Brett King is the author of Banking 2.0, a widely-known book that explores the effect of new technology on consumer behaviour and banking. He is also the founder of Moven, a new mobile-only bank that focuses on the concept of a ‘digital wallet’, in which the consumer’s smartphone replaces their debit card and cash payment tools.