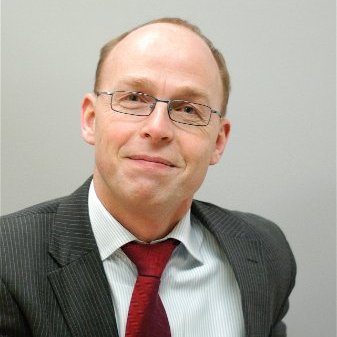 As Europe’s new EMIR derivatives regulation takes hold, senior buy-side representatives have warned that new rules including EMIR and Basel III might actually exacerbate risks rather than reduce them.

“As the buy side we need to shout harder to be heard,” said Ido de Geus, head of treasury and client portfolio management at Dutch asset manager PGGM Investments at the TSAM conference in London on Tuesday 19 March. “Billions of euros of high quality assets will have to sit there doing nothing and that’s going to be very expensive. Regulation is driving high initial margins, which will lead to less hedging and therefore increase risk instead of reduce it.”

Under the European Commission’s EMIR legislation, which was enacted in the UK in January, the majority of OTC contracts will have to be centrally cleared and reported to a trade repository. That will mean banks have to set aside collateral against the risk represented by those contracts. The intention is to increase transparency and reduce systemic risk in OTC markets. A CCP acts as a central risk repository, reducing the danger to the market if a counterparty goes bust.

Meanwhile under Basel III, banks will have to hold more capital, including more high-quality collateral. However, the new rules could make hedging more difficult for long-only firms, because the complex customised OTC products that they would traditionally have used will now become considerably more expensive. That prompted other participants to ask whether the new rules could damage liquidity, by discouraging participants from trading due to the increased costs.

“Regulators are trying to reduce systemic risk, but is it going to morph into liquidity risk?” asked Vanaja Indra, market and regulatory reform director at Insight Investment.

The alternative to using a customised product would be to use a standardised product that is cleared and traded on-exchange, such as a future – a process that has led some observers, such as Jaki Walsh, senior director of OTC products EMEA at CME Group, to predict a ‘futurisation’ of the derivatives markets. However, the downside of using a more standardised contract is that it may not provide the exact risk coverage that a buy-side firm needs – potentially damaging the ability of long-term investors to hedge their portfolios effectively.

“If you reduce the ability to absorb risk, you increase the amount of risk,” said Patrik Roos, managing director at Swedish hedge fund Vanna Capital. “In the current low volume environment, I’m not sure that’s something we should be doing.”

According to de Geus at PGGM Investments, buy-side firms should not clear OTC products today unless they have to do so, because the associated risks are too high.

Other problems arising from the new rules include the difficulty of sourcing sufficient collateral to cover the clearing process. Many market participants expect that the new rules will result in a collateral shortfall, with research by analyst firm Celent estimating the deficit could reach as high as $2 trillion. In December, the Basel Committee on Banking Supervision agreed to broaden the definition of assets considered ‘high-quality’ collateral – a step intended to reduce the pressure on financial institutions struggling to source adequate collateral and ease fears of a liquidity drought.

However, the move has been criticised by some observers, who suggested that the concept of a collateral shortfall was misleading. “We could be sowing the seeds of the next financial crisis,” Bob Almanas, head of collateral management strategy at SIX Securities Services told Banking Technology earlier this month. “Is it the case that there’s not enough collateral, or is it just that we need to use collateral more efficiently? Breaking down siloes and resolving inefficient usage of collateral should be a priority.”

The technical standards for EMIR come into force on 22 March, after which CCPs will have six months to apply for registration. Once that takes place, a 90-day period will follow in which market participants are given notice that they must clear all products covered by the new rules. It is estimated that market participants will be bound by mandatory clearing obligations by Q1 next year.