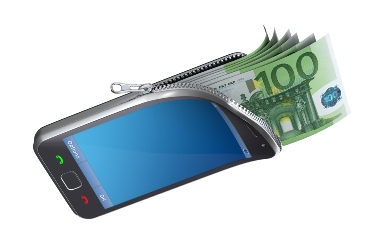 While most large banks in the UK offer a mobile app, some do not yet offer mobile cash withdrawal as a service. That is likely to change soon, according to Ian Byrne, banking director UK and Ireland at ATM maker Wincor Nixdorf.

“The technology is here today – it’s not an abstract concept,” he said. “Banks have held off investing in retail for many years, partly because ATMs have a long life, but that life is fast coming to an end. In three years’ time, there won’t be a major bank that doesn’t offer mobile cash withdrawal.”

This month, Wincor Nixdorf has developed a mobile cash app that works on both Android and Apple iOS device, so that customers can withdraw money from their ATM without a debit card. It works by sending the customer a QR code for the transaction, together with directions to the nearest ATM. Using the Wincor Nixdorf system, the customer can select the mobile cash function on the ATM and then control the rest of the transaction from their smartphone.

The service is not entirely new – NatWest has been offering cash withdrawal through its mobile app since June last year. But the firm says it is the first vendor of ATMs to integrate its service in Apple passbook using Apple passes.  The QR code is stored in Apple passbook or the mobile cash app.

According to Byrne, the technology to make cardless withdrawals is relatively simple – a connection between a phone and the computer behind the ATM. However, the majority of ATMs currently in the market lack NFC technology or the barcode scanner needed to take the payment from a mobile user with a QR code.  Once these machines have been replaced, he expects to see a dramatic surge in uptake.

“Customers are comfortable using an iPhone or iPad with their friends, and now they are increasingly happy to use them to interact with their bank,” he said. “A similar situation happened with mobile airline bookings. It was coming for years, and then suddenly within less than 12 months it was everywhere.”

Despite the enthusiasm of Wincor Nixdorf, mobile cash withdrawals have not had an easy ride. Last year, NatWest’s get cash app was hit by hackers, who used an online scam to get customer banking details which were then entered into the mobile app and used to withdraw cash without the victim’s knowledge. The app was temporarily suspended in October but is now back online.

However, Wincor Nixdorf insists that dependent on the security and authentication used at the ATM, there is no reason why a mobile cannot be just as secure as a card. Mobile devices often contain technologies such as GPS that track the user’s location, front-facing cameras that can be used for face-recognition, and other biometric tools such as voice recognition technology and in some cases fingerprint technology.

Other observers have expressed similar views about the potential for mobile security. In December, Ben Knieff, head of fraud at financial crime and technology specialist NICE Actimize told Banking Technology that mobile banking could eventually become safer than online banking.

“While consumers didn’t like biometrics 10 or even five years ago, rising usage of the technology on sites like Facebook has made it more acceptable,” he said. “Consumer sentiment is changing, and I believe there could actually be an opportunity to use some of these technologies to make mobile banking even safer than internet banking is today.”