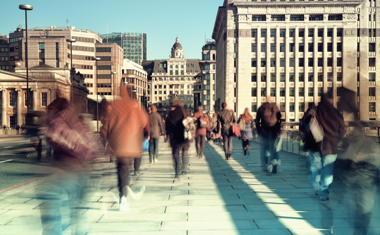 A majority of consumers would prefer portable bank account numbers to make switching between banks easier, according to a new YouGov poll conducted by BT – and the reasons may surprise advocates of Banking 2.0.

In the UK, new rules on account switching are due to be introduced in September, requiring banks to switch customers to another bank within seven days.

However, when asked about which three factors would be the most appealing when considering moving banks, the BT study found poor results for tools such as social media and mobile banking, and higher results for services such as online banking and web chat.

Good online banking facilities motivated 39% of respondents, the presence of a local branch 45% and the ability to access banking services 24/7 29%. When asked which three tools respondents would most like their bank to provide, consumers indicated that they wanted more sophisticated online tools such as peer review sections (32%), web chat facilities (23%) and compare my bank services (29%) to give them better information and help them make informed decisions.

The survey also returned mixed feelings about banks sharing their IT infrastructure and having access to customers’ personal information. Some 38% of respondents to the BT study felt that banks sharing infrastructure would be a bad idea, with 28% undecided even though it could potentially improve competition and make switching accounts easier.

Of the countries surveyed, only in Hong Kong (75%) and Spain (54%) did a majority of respondents think that shared IT infrastructure for banks was a good idea. Furthermore, even the Simon-Kucher & Partners study acknowledged that some 86% of consumers could be dissuaded from switching by a one-off gift of up to £100, better interest rate on savings, or better interest on their current account.

“Banks are increasingly focused on providing services via smart phones and tablet devices to keep pace with digital changes and innovation,” said Tom Regent, president, global banking and financial markets, BT global services. “While this is an important strategy, banks must be careful not to lose sight of the need for human contact in either the branch or via a local call centre agent. Our research shows that these continue to be customers’ most trusted and preferred channels.”